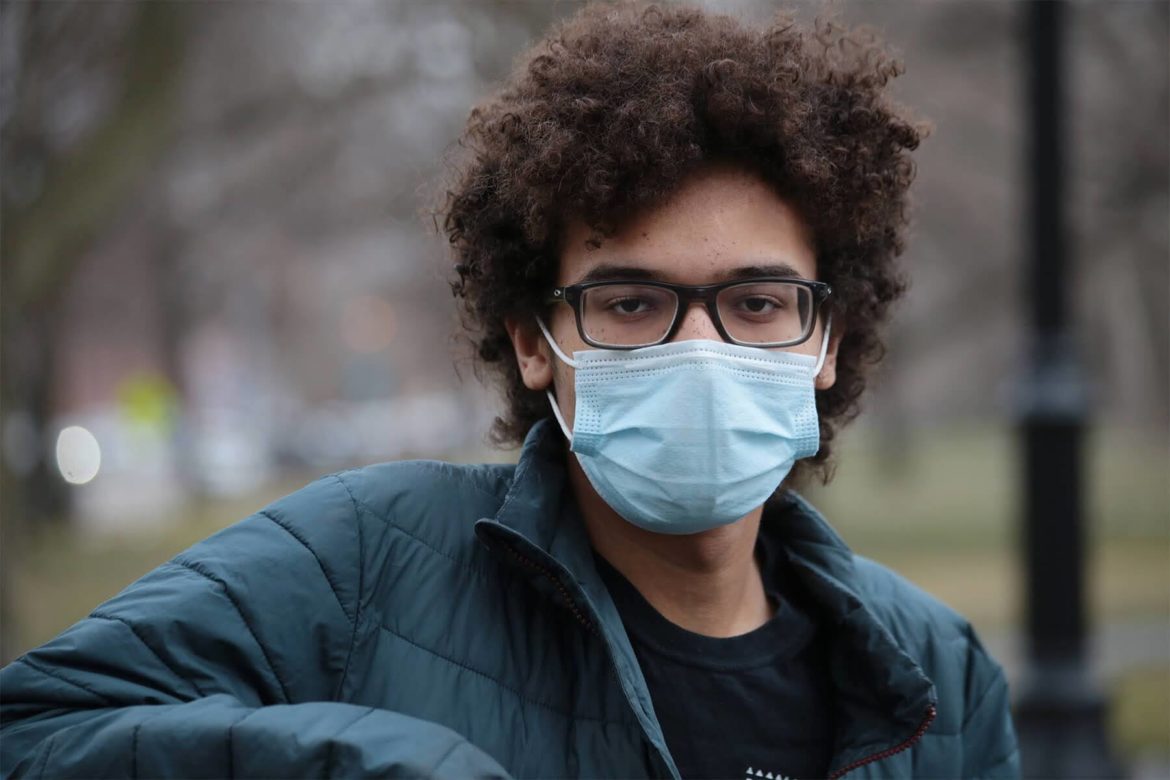 Dakota Castro-Jarrett, 17, is a senior at Taylor Allderdice High School. Here he is photographed at Allegheny Commons Park, which is near his home in East Allegheny. (Photo by Ryan Loew/PublicSource)

The recent debacle over a proposal to close six city schools is just the latest in a series of disappointments many of us have been feeling about Pittsburgh Public Schools over this chaotic past year of schooling during the pandemic.

I’m a senior at Taylor Allderdice High School and a member of the Northside community. I was among those distressed by the consideration to close these elementary and middle schools.

Since this idea was first brought up at a Feb. 2 board meeting, the plan has been tabled, but my concerns remain.

The Northside already has a lack of public schools compared to many areas in the city, but despite that, this plan would close two Northside schools in the neighborhoods of Manchester and East Allegheny. Both of these schools are in predominantly Black working-class communities and serve predominantly Black students.

The district formulated this plan to address a $39 million budget deficit and low student enrollment. It was also presented as a way to take on issues of racial inequality within schooling that created problems like the racial achievement gap. While these goals seem noble at first, when I think more deeply about this plan, it becomes pretty clear it won’t be able to properly address any of these issues.

As an example: How does closing schools within Black communities help to close the racial achievement gap?

The answer is that it doesn’t close it at all.

In fact, it is likely to increase this racial gap as families within Black working-class communities like the Northside or the Hill District (which would also lose a school in this plan) may face barriers in sending their young kids to public schools that are farther away from their communities. This would likely lead to more Black and working-class students being pushed into charter schools that are closer to their communities but may not have the quality they could find in their local traditional public school. This is an issue in many cities across the nation, like Detroit. Just with this example, we can see the ways this plan could not only worsen the racial achievement gap but also likely lead to less enrollment within Pittsburgh Public Schools [PPS].

...the poor communication the district has had with students during this year has only exacerbated mental health issues.

This plan came as a surprise to many students, parents and teachers. But the district’s lack of transparency about it was less surprising. We’ve felt this way throughout the entire pandemic.

Several times throughout the end of last school year and the majority of this school year, the district has rescheduled the date for reopening. At the time of writing this, we’re looking to reopen on April 6. The continuous cycle of the district proposing new dates for reopening and then canceling at the last minute has created a lot of stress for students, their families and teachers.

One of my family friends who is a single mother and has a son who attends a PPS elementary school has been very negatively affected by this cycle. As a single parent, she has to take care of her child. To do this, she must work to earn the money to afford to take care of her child. School used to serve as a form of child care, allowing her time to work while also educating her child. Online school has kept her, and many other single mothers, at home in progressively more precarious financial situations. Every time the district announces plans to reopen, she gets excited and then feels let down and stressed when they cancel these plans. This stress could have been alleviated if the district had been more transparent with their ability to reopen and the roadblocks they were facing. 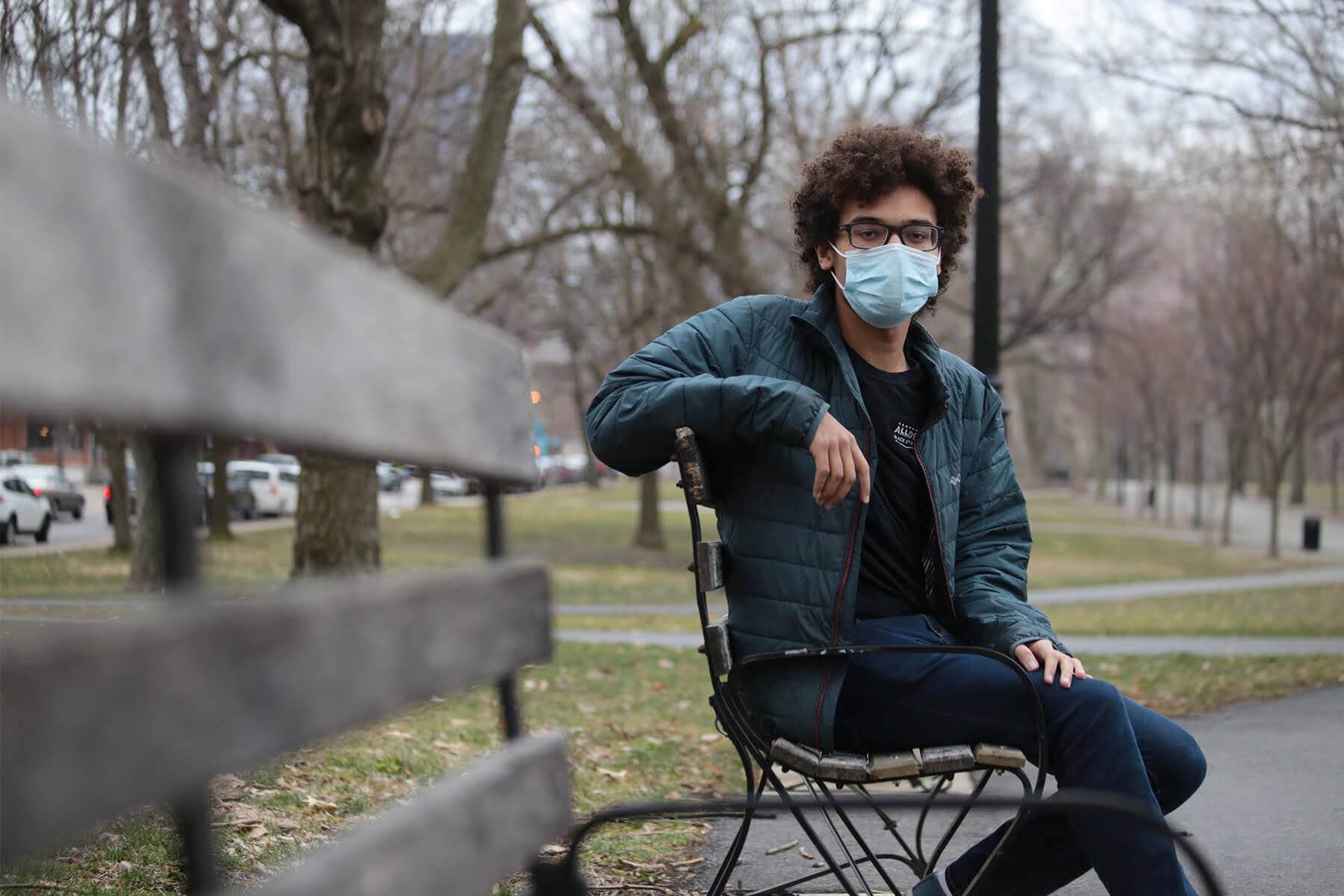 "By giving the people who have the most stake in the district doing well — teachers, students and parents — more control over how it functions, I believe that we could help make the district one we can trust with our education," wrote author Dakota Castro-Jarrett, 17. (Photo by Ryan Loew/PublicSource)

The lack of transparency around reopening is highlighted best by the fact that the district did not discuss with the Pittsburgh Federation of Teachers [PFT], the union including PPS teachers and staff members, about the plan to reopen in April. The president of the PFT, Nina Esposito-Visgitis, said she knew nothing about the district’s reopening plans and only found out after they had released the plans to the media.

This limited transparency has negatively affected students — the very people who the district is supposed to serve. The pandemic has hurt many students' mental health, and there are consequences to that.

The combination of overwhelming workloads, the difficulty of learning online and the inability to regularly see friends and classmates is largely responsible for the mental health toll, but I believe that the poor communication the district has had with students during this year has only exacerbated mental health issues.

One example that had a great impact on several students was the district’s plan to do midterm exams with the normal weight on grades during a time when most students don’t feel like they are learning as well as they usually do. A petition was circulated, and nearly 2,900 signed it. Apparently, it did have a genuine effect on getting the district to decide against doing midterms. I think this situation really highlighted the lack of communication between students and district leadership that a petition had to be created to get our voices heard.

I believe that to address these issues there needs to be an overhaul in the way the district is run, namely the incorporation of greater democratic processes in decisions like fixing the budget deficit so the district won’t have to make incredibly unpopular decisions like closing six schools.

Let’s find solutions without unnecessarily creating more problems. By giving the people who have the most stake in the district doing well — teachers, students and parents — more control over how it functions, I believe that we could help make the district one we can trust with our education.