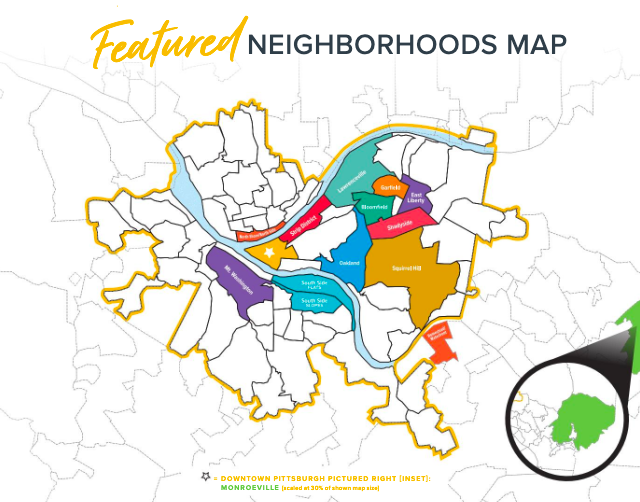 On Wednesday, Carnegie Mellon University was criticized for distributing a map of Pittsburgh that excluded many of the city’s Black neighborhoods. Yet the university isn’t alone.

“There was absolutely no intent to exclude any neighborhood with the Featured Neighborhoods Map found in the 2019 Official Visitors Guide,” wrote VisitPITTSBURGH’s Director of Marketing and Communications Shannon Wolfgang in an email to PublicSource. She said the map was intended to create value for businesses in the neighborhoods that had purchased ads for that section. “We proudly promote our city’s diversity in our sales and marketing efforts,” she added.

According to Wolfgang, the 2020 visitors guide, which is currently being printed, will feature all 90 of Pittsburgh’s neighborhoods. “There is a gem in every neighborhood, and we are proud to promote that Pittsburgh is comprised of 90 unique, diverse neighborhoods,” she wrote.

CMU’s map was distributed to first-year students and posted on the admission’s website, according to KDKA. The university apologized for the map. “Carnegie Mellon University should have never used this map, as it fails to uphold our values of inclusion, equity and diversity,” wrote university spokesperson Julie Mattera in an email statement. Mattera said CMU will no longer distribute any materials using the map.

Update (2/11/2020): Two readers submitted a map from the free Pittsburgh city guide URBANIST. The map highlights 152 points of interest, including restaurants, museums and retailers. The majority of the points are located in predominantly white neighborhoods like Downtown, the Strip District, Lawrenceville, the South Side and Oakland. Two predominantly Black neighborhoods — East Liberty and Garfield — also include points of interest. 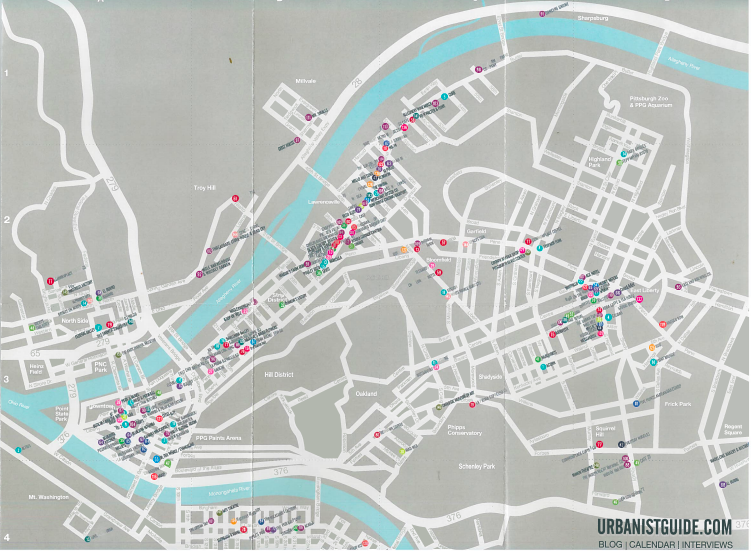 “It only highlights white neighborhoods. As if there aren't streets or businesses in predominantly black neighborhoods like the Hill or Wilkinsburg,” one reader wrote. “This has bothered me for years.”

URBANIST did not respond to multiple requests for comment.

The Hill District is labeled but does not have any points of interest. The predominantly Black neighborhoods of Larimer, Uptown, Perry South and Lincoln-Lemington-Belmar are not labeled. Several other neighborhoods, including Morningside, Stanton Heights and Point Breeze, are not labeled either.

The front of the guide reads, “This is authentic Pittsburgh.”

Do you know of other problematic maps of Pittsburgh? How about maps that are more inclusive? Share it with us below.