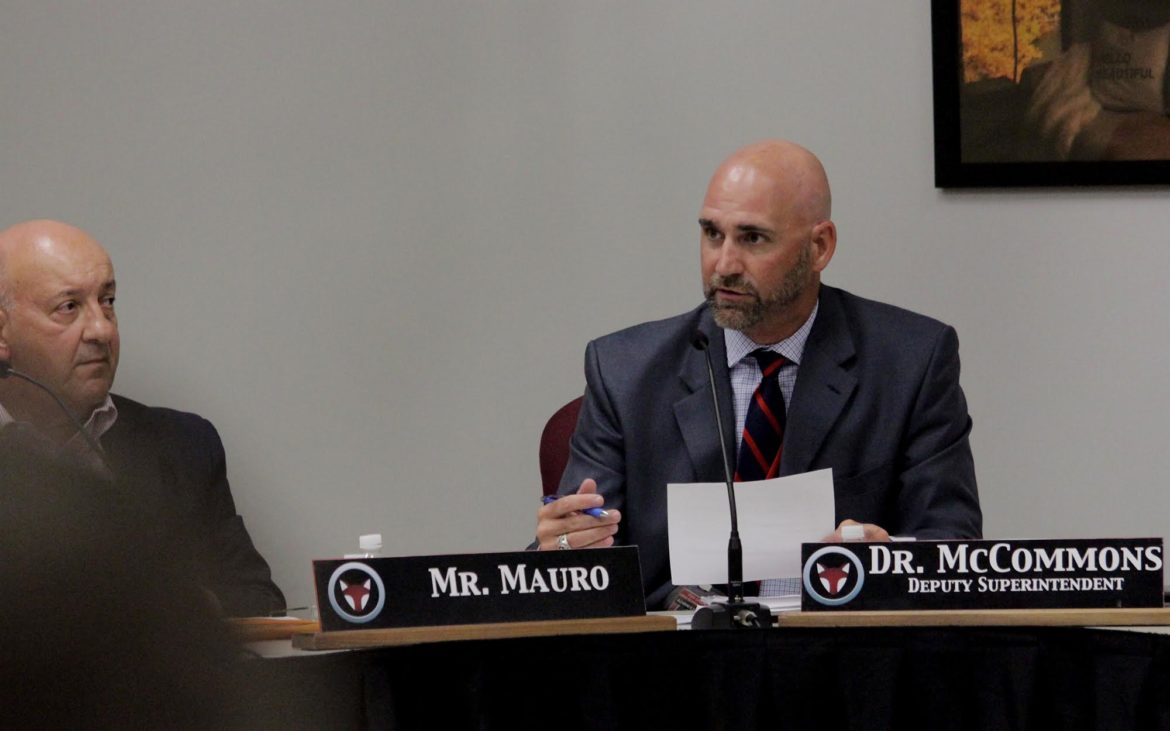 A child custody court document reveals that the deputy superintendent of the Fox Chapel Area School District was accused of strangling his wife and daughter on the night of the couple’s separation in June 2018.

David McCommons denies the allegation made by his estranged wife, Kathleen, a board member of the Ellwood City Area School District. Neither Kathleen McCommons nor her attorney responded to repeated requests for comment.

“The accusations being made against me are completely false and this will be my only comment on this personal family matter,” David McCommons wrote in an email to PublicSource. He said his custody issues were not relevant to his professional capacity.

Information about the abuse allegation was brought to the attention of PublicSource as details of it circulated in the Fox Chapel district community. PublicSource recently published a story about some taxpayers’ demands for more transparency in district operations.

David McCommons is the second-highest ranking administrator in the Fox Chapel Area School District behind Superintendent Gene Freeman, who is retiring in June. The board is embarking on a search for a new superintendent. The official search starts in December; it’s unknown if David McCommons will be a candidate.

In several emailed statements, Fox Chapel district officials refused to say whether they were aware of the allegations in the court document or took any related action.

They have pointed to the fact that David McCommons has not been charged with any crime and has submitted to the district a clear Pennsylvania Child Abuse History certification as recently as August 2019.

While there were no criminal charges filed against David McCommons in connection with the June 2018 incident, Wayne Township Police Chief Robert Magnifico, a neighbor of the McCommons family at the time, said Kathleen McCommons and one of the couple’s daughters came to his home that night seeking protection from David McCommons.

“They came to my door and told me what was going on. She said she and her husband got into a fight, screaming and yelling. He was trying to get a cell phone. He grabbed the phone and ran out of the house,” Magnifico said.

According to the account from Kathleen McCommons and her daughter, David McCommons “was angry,” Magnifico said. “They basically said they wanted him to leave. They were afraid he would come back.”

Wayne Township has a part-time police department and had no officer on patrol that night, Magnifico said. The chief said Kathleen McCommons turned down his offer to call Pennsylvania State Police.

“But they were worried about him coming back,” Magnifico said.

The chief said he offered to wait outside of the McCommons home to intercept David McCommons if he came back. After some time, David McCommons returned home and the chief advised him not to enter, but to call someone to pick him up to spend the night elsewhere. Magnifico said David McCommons complied.

In an initial phone interview, David McCommons told PublicSource it was “appalling” that anyone in the community would reach out to PublicSource about the alleged incident. He demanded to know the names of any sources. “If you want to have any of these people come to talk to me, I’d be happy to talk to them,” he said. 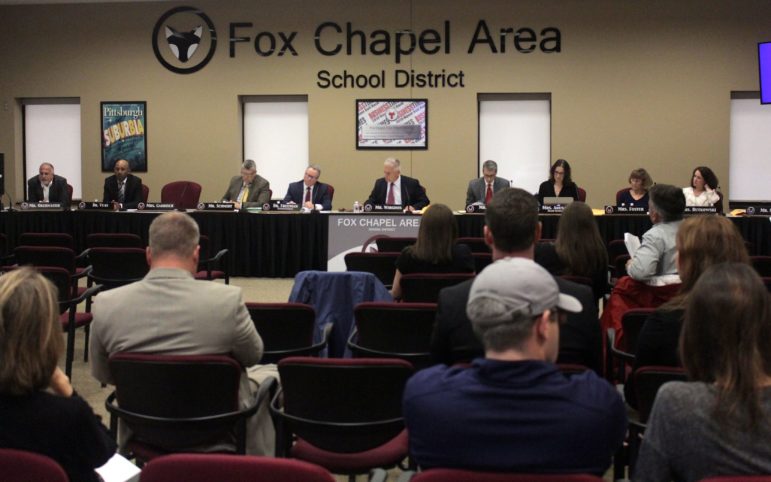 PublicSource made an inquiry on July 25 to Freeman, school board president Terry Wirginis and solicitor Paul Giuffre about whether the district was aware of the allegations found in the child custody case documents and had taken any related action.

Giuffre responded via a July 29 email: “The district cannot comment on personnel matters or matters that are confidential or protected from disclosure.”

After follow-up questions by PublicSource, which included Magnifico’s account, Freeman responded in an Aug. 15 email:

“Although the Fox Chapel Area School District does not generally comment on personnel matters unless public disciplinary action is taken, in this instance, and with his permission, I am letting you know that Deputy Superintendent Dr. David McCommons has never been arrested for, charged with, or convicted of any crime. Additionally, according to his Pennsylvania Child Abuse History Certifications (including one from August 2019), there is no record of a founded or indicated report of child abuse.

“I want to assure parents and guardians that the safety of our students is of utmost importance. If an employee was arrested, found or indicated to have committed child abuse, or was a danger to children, that employee would be suspended. We would immediately and thoroughly investigate the matter and would take disciplinary action as necessary.”

The statement did not address whether Fox Chapel officials previously knew of the allegations.

The Fox Chapel district child abuse policy says if a report is made regarding a school employee, a building principal or administrator should immediately implement a plan of supervision or alternative arrangement that has been approved by the superintendent. The policy says the plan shall be submitted to a county agency for approval. The policy also reiterates that district employees must comply with state mandates that require educators to report suspected abuse to ChildLine.

In a third district email response on Aug. 21, Giuffre wrote:

“In general, the law is clear that investigations and personnel matters, in which no discipline is imposed, should remain confidential. Violation of this protection afforded to an accused employee could result in liability to the district and would be grossly unfair to someone wrongfully accused.”

The allegation against the deputy superintendent is found in a counterclaim filed in the Lawrence County Court of Common Pleas by Kathleen McCommons.

In filing for joint custody of his three daughters in August 2018, David McCommons accused his estranged wife of turning the couple’s children against him and encouraging them to assault him. He also alleged Kathleen McCommons is mentally unstable.

In her counterclaim, Kathleen McCommons defended herself against the accusations by alleging that David McCommons “repeatedly engaged in such cruel, barbarous and abusive and morally corrupt conduct, both physically and mentally, towards the defendant/mother and the minor children, which conduct resulted in a dissolution of the plaintiff/father’s relationship with the minor children.”

She said in the court document that the “physical assault of the defendant/mother and the parties’ minor child solidified an emotional strife between the minor children and their father.”