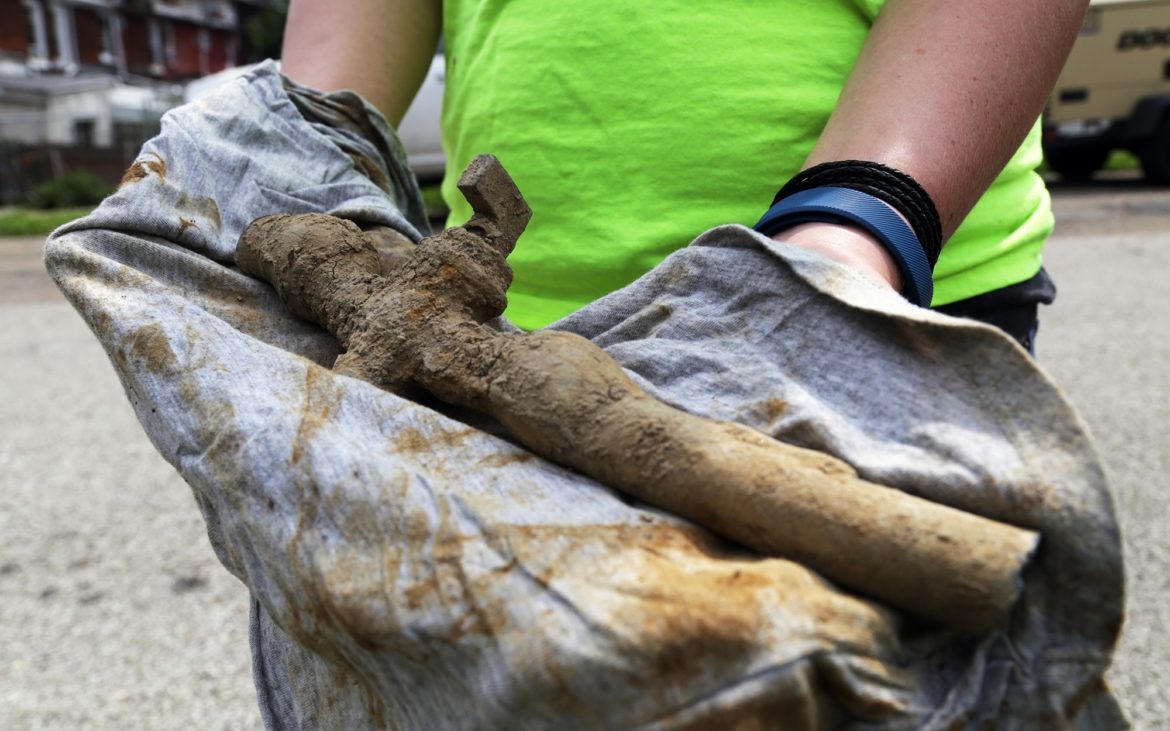 For the first time in four years, the lead levels in Pittsburgh’s drinking water are compliant with federal standards.

The most recent lead test results that cover January through June 2020 came out to 5.1 parts per billion [ppb], Pittsburgh Water and Sewer Authority [PWSA] Executive Director Will Pickering said at a press conference on Wednesday. According to a press release, it is PWSA’s lowest lead test result in over 20 years.

It is the second consecutive test in which the PWSA came in under the 15 ppb action level set by the U.S. Environmental Protection Agency.

Now that PWSA has two tests under 15 ppb in consecutive six-month periods, its requirement by the state Department of Environmental Protection to replace 7% of its lead lines every six months can be lifted. The previous test, spanning July through December 2019, came out to 10 ppb.

The PWSA is attributing the successful turnaround to a new water treatment process and its aggressive lead line replacement program. The sample tests, however, are only conducted on homes without replaced lines, so replacing lead lines on its own does not lower testing levels.

In 2019, the water authority added orthophosphate to PWSA’s treatment process. Orthophosphate is a chemical that forms a protective layer on metal pipes and helps to limit corrosion.

“It’s proving to be effective here and working better over time,” Pickering said of the additive.

The agency has also been replacing lead lines since 2016. In the past 12 months, PWSA replaced more than 3,200 lead lines — nearly four times as much as was required by the DEP.

Now that PWSA is in compliance, its leadership, along with Mayor Bill Peduto, said it will continue to replace lead lines as it digs up streets for other water line projects. The goal is to have all of the lead lines replaced by 2026. Pickering said the number of remaining lead lines is “a moving target,” as some of PWSA’s records are over 100 years old, but that he believes there are still thousands left to replace.

Lead is a neurotoxin, and no level of it is considered safe to ingest. It is particularly harmful for small children.

Pittsburgh’s lead crisis gained public attention in 2012, when PWSA hired the water management company Veolia to manage its day-to-day operations. In 2014, PWSA switched its anti-corrosion additive from soda ash to the cheaper caustic soda, without following the testing process required by the DEP.

The most recent sample, from January through June 2020, was taken from 158 homes with lead service lines or plumbing. The test result of 5.1 ppb is the 90th percentile of the sample.

Per a settlement with the Pennsylvania Office of Attorney General, PWSA is set to hire an independent monitor and donate a combined $500,000 to the nonprofit Women for a Healthy Environment and Allegheny County’s Safe and Healthy Homes program, which work to protect local communities from lead exposure. In 2017, PWSA was assessed a civil penalty of $2.4 million by the DEP, of which up to $1.8 million could go toward community improvements such as replacing lead lines.

Pickering said customer safety is the authority’s priority moving forward. “There’s nothing more important than making sure that their water is safe to drink, and we hope that we can regain their trust in the next few years,” he said.

Clarification (7/24/2020): A previous version of this story did not make clear the agency responsible for switching the anti-corrosion additive for the Pittsburgh Water and Sewer Authority water supply in 2014.