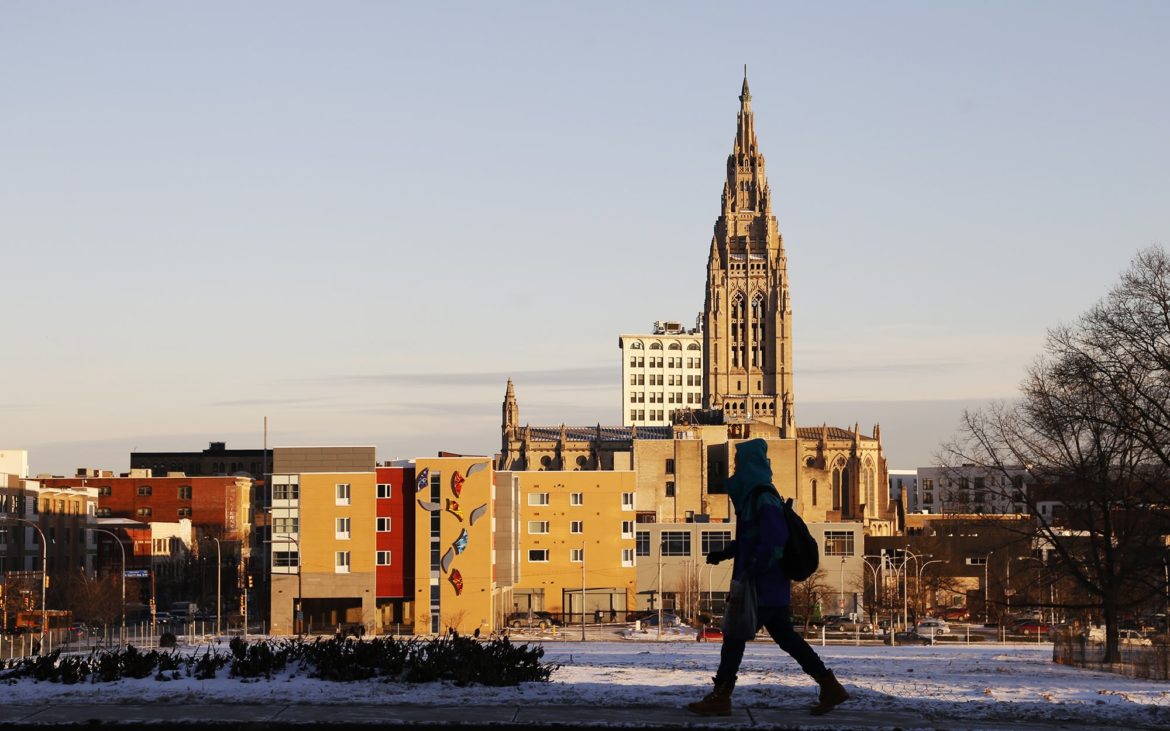 Gentrification has had an impact on East Liberty, writes 16-year-old Jeremiah Davis, and such changes to the neighborhood shouldn't always mean displacement of residents. (Photo by Ryan Loew/PublicSource)

When I was in elementary school, many houses in my neighborhood of North Point Breeze sat empty. There were abandoned homes right behind the one I lived in, and instead of being unhappy that they weren’t filled with families and kids my age, I always appreciated the quiet and privacy.

Five years ago, that all changed. The house directly behind ours turned into apartments —now anchored by the Bakery Square shops and restaurants — and in the house next door to ours, the elderly black couple was replaced by a young white family and their dog.

It was then that I realized that change was here, and it wasn’t going to stop. In the East End, the neighborhoods like North Point Breeze, Larimer and East Liberty have been at the center of change.

East Liberty has been affected the most by gentrification, from my point of view. Gentrification, according to the dictionary, is the process of renovating an area to appeal to the middle class. The changes leave little room for the poor. One of the major benchmarks in the gentrification of East Liberty was the destruction of the East Mall public housing project to make way for a Target in 2009. The East Mall had 519 units, and most of the residents were forced to leave the neighborhood, according a 2015 Pittsburgh City Paper story.

A similar displacement in the name of gentrification happened again in 2015 when the residents of Penn Plaza were delivered 90-day eviction notices. We keep hearing that many of the residents were not able to afford resettling in their neighborhood, so they had to leave.

My own experience growing up in the East End was much different than that of my brother, who is 11 years my senior. The idea of having pizza delivered to our house is still unreal to him. Back in the early 1990s, when he was growing up, the East End was the stereotypical rough side of town. I asked him to describe how our neighborhood has changed from that time: “It’s just … different. Today, it’s just a bunch of privileged white people. Back then, everybody was poor and black. It wasn’t this.” 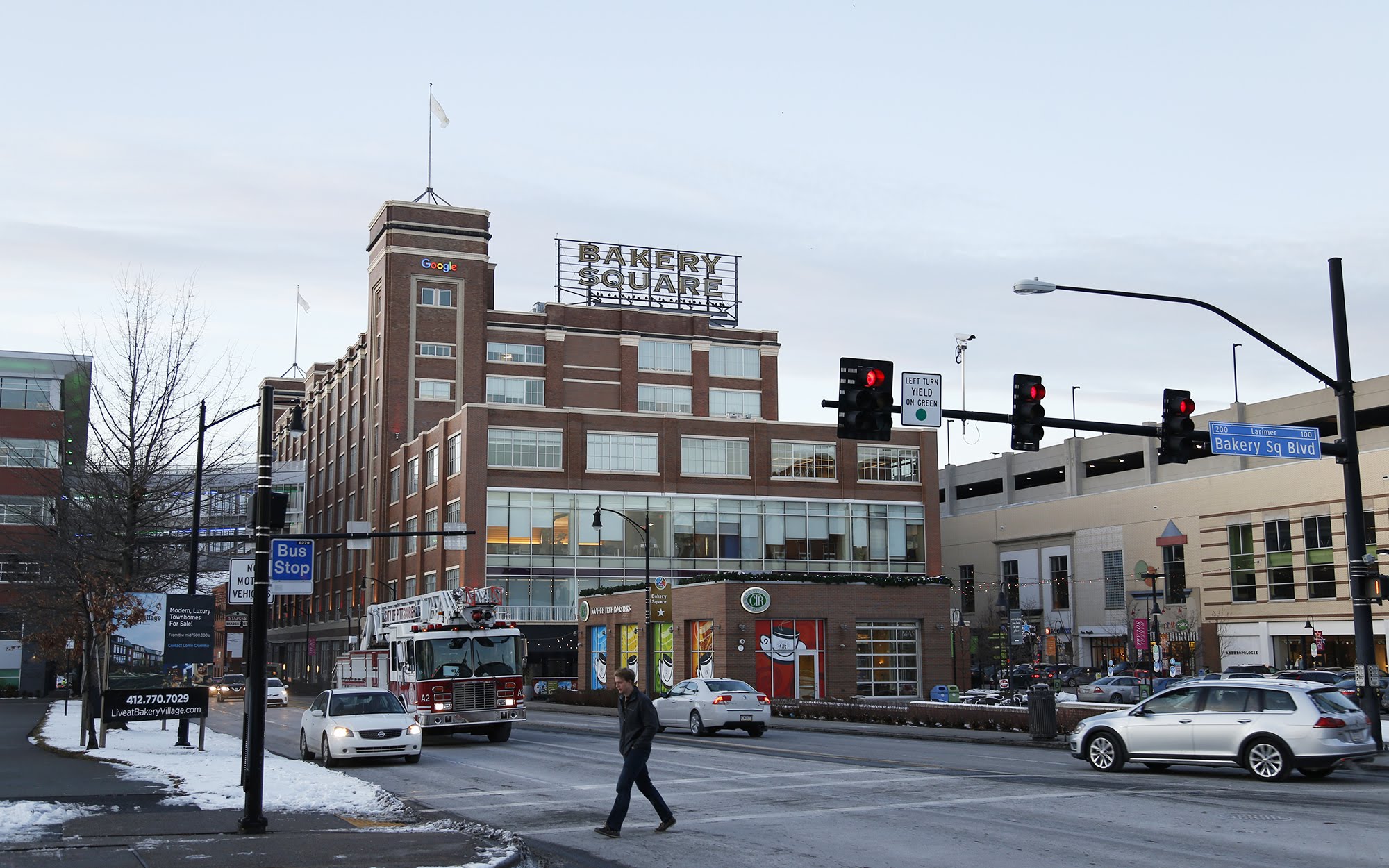 He then told me about one time when he witnessed somebody getting shot in a drive-by in his early teens and the time when he saw a body at the top of his street, my street. With the new “rejuvenation” of the east side, there is almost no acknowledgement of the decades the East End was neglected and blighted — and of people who used to live in the East End.

I also spoke to Rev. Leola Cherry, the pastor at St. Paul Baptist Church in the East End, and asked about her view of how the East End has changed. Although she felt her neighborhood of North Point Breeze hasn’t experienced much change, she has known a lot of people from her congregation who have had to move out due to rising rent prices.

“It’s been a cleansing of black people in Pittsburgh to get rid of crime and drugs without addressing the root of the problems,” she said. Cherry told me about one member of her church who had to move to the edges of Monroeville because of the spike in cost of living. This woman, according to Cherry, now lives at the bottom of a steep hill, which makes it challenging for her to be mobile because she is elderly. This is a common story of people having to move to suburbs where amenities are not readily available for the poor, elderly or people who don’t own a car.

“It’s just … different. Today, it’s just a bunch of privileged white people. Back then, everybody was poor and black. It wasn’t this.”

The East End I know is a community in flux. The change was evident even at my one bus stop: When I first started kindergarten in 2007, every student at the bus stop was black. By the time I got into middle school, there were only three black kids, including me; all the others were white. The black kids are gone, and the houses where they lived are occupied by white families.

I’m not saying that the renovation and rejuvenation of the East End is a bad thing entirely. But rejuvenation should not always equal displacement. There should be measures in place to keep prices affordable, and affordable housing should not be replaced with luxury apartments and “hip” coffee shops. The neighborhood culture and art shouldn’t be covered or erased because the new residents think it is an eyesore or to make way for something new or “shiny.” People shouldn’t forget the stories of those who lived there before it was “hip” or “cool.” It’s about legacy and dignity.

Jeremiah Davis is a 16-year-old who attends City Charter High School and is in the 10th grade. In his spare time, he enjoys reading books, watching Netflix (Star Trek in particular), and enjoys making art. He can be reached at jeremiah.davis@cityhigh.org or on Twitter @truthjeremiah.