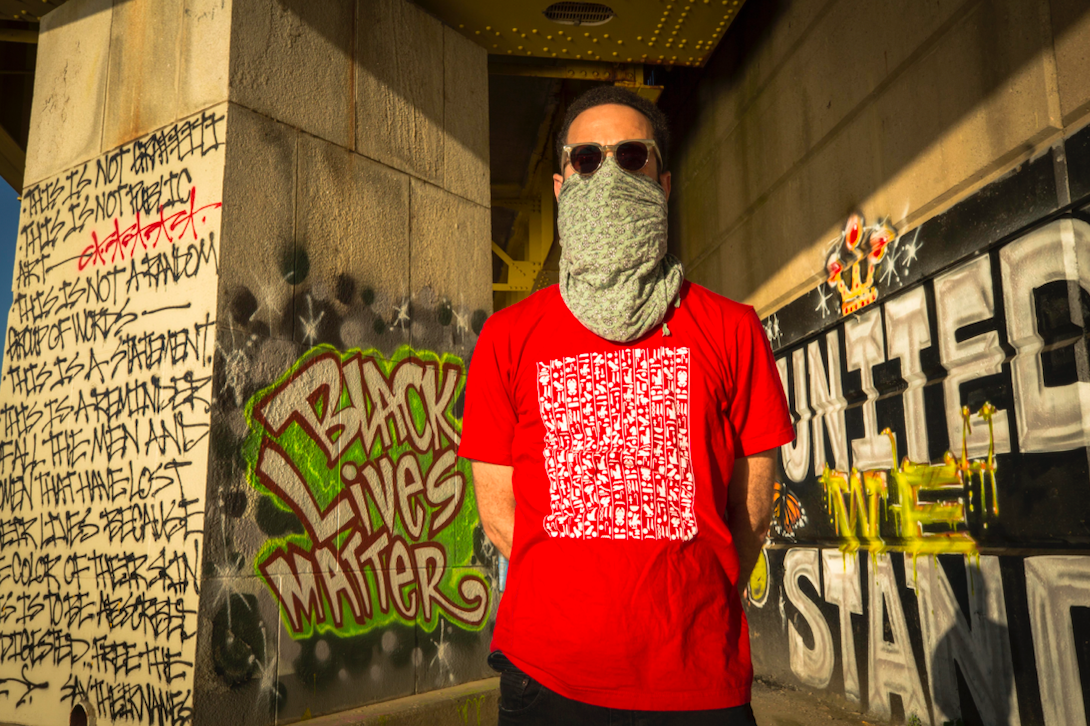 Mourad al-Sayyid is a native of Cairo who originally moved to Pittsburgh in 2012. He has participated in protests against police violence in both cities. (Photo by Heather Mull/PublicSource)

In the past few weeks of unprecedented — and sometimes unpredictable — protests fighting for Black lives and against police brutality, I have asked myself about similarities between this movement in the United States and Egypt’s 2011 revolution.

I considered parallels between police-community relationships in both — having first moved to Pittsburgh in 2012 as an academic. I spent periods of time in my native Cairo between 2011 and 2016 while completing a seven-year project on Egypt’s counter-revolution. I participated in demonstrations now known as the infamous “Mohammed Mahmoud Street” protests of November 2011 and attended every day of the Michael Rosfeld trial in 2019 for the killing of Antwon Rose II, including the subsequent protests over police violence.

During Egypt’s 2011 revolution, the country experienced an overnight disappearance of police from residential streets and protest sites. Rumors from the public were divided, with some suggesting that government officials were trying to scare the public through their absence, while others argued that police were genuinely resentful of a public that now critiqued their past tendencies.

In 2020, officers in local police departments across the United States are responding to critics with a combination of repression, reform and re-organization. Observers in both Egypt and the United States witnessed, and are witnessing, a complete transformation in legal cases and official political attitudes against policing as an institution. That they were accompanied by a rapid shift in public opinion make both historically exceptional.

The 2011 revolution in Egypt began on Jan. 25, “National Police Day,” usually marked by official parades. Since 1952, the day commemorates Egyptian police officers who refused to surrender to British forces during the anti-colonial movement. But decades of growing police brutality cultivated public resentment to unsustainable levels. Photos from the police assault and murder of 28-year-old Khaled Mohamed Saeed on June 6, 2010, captured the frustration of Egyptians, who took the moment as a distillation of violence experienced in everyday life.

The fall of longtime dictator Hosni Mubarak began as an extremely focused critique of police torture, assault, rape and public humiliation of loved ones, friends, classmates, siblings and neighbors. The demand from protestors was strategic: the resignation of Minister of the Interior Habib al-Adly, who was the head of all domestic security forces, the longest serving minister under Hosni Mubarak, and responsible for the increase in police brutality in the decade leading up to the revolution. It was widespread police crackdowns on these initial protests in Egypt that provoked the sympathies of millions who would eventually march for the removal and resignation of Mubarak and his National Democratic Party.

But while international media attention centered on the demonstrations in Cairo’s Liberation Square in the final weeks of January 2011, about 100 police stations were being torched around the nation. Burning police stations kept officers busy while protesters from all economic classes and religions in Egypt came together for demonstrations that eventually toppled the 30-year dictator. In downtown Cairo, chants shifted from honoring the dead (“We are all Khaled Saeed”) to a critique closer to the core: “The people demand the downfall of the regime.”

In the United States, critiques of local police departments, police chiefs and district attorneys have already shifted the demands of many members in the Movement for Black Lives toward calls for the resignation of Trump.

But it is the interactions between police, city officials and protesters that shape the stories we tell ourselves and not the narratives of one of these groups alone. Reporters from mainstream media outlets hesitated when using the word “riot” to describe the first two weeks of protesting in Minnesota and around the country, knowing well that the public would be less receptive to misrepresenting Black-led protests as riots this time around.

Authorities attempt to quell the more radical forms of rebellion by claiming a distinction between authentic protesters and “outside agitators.” This effective strategy, used both in Cairo in 2011 and Pittsburgh in 2020, helps government officials create a narrative that delegitimizes prolonged disruption. Even six months after Egypt’s successful removal of a dictator, the interim government (led by Field Marshal Hussein Tantawi) divided protesters into the categories of “the real revolutionaries” and “thugs.” 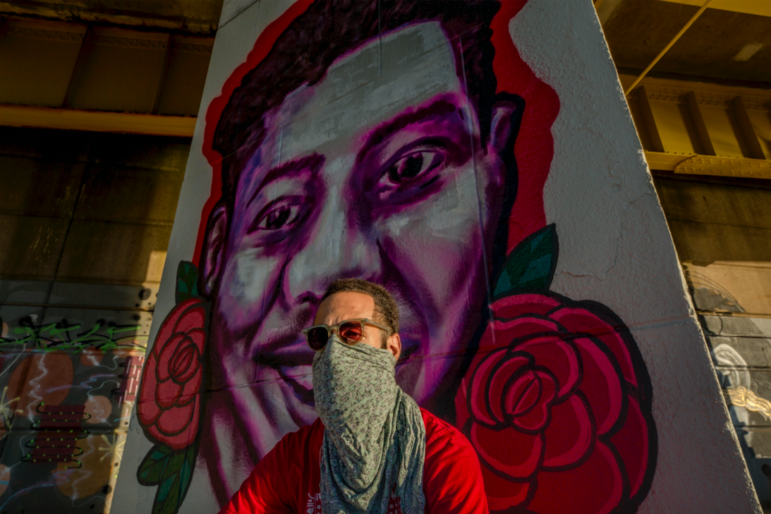 Mourad al-Sayyid, pictured in front of a mural of Antwon Rose II at the Allegheny River wharf, has participated in protests against police violence in Cairo and Pittsburgh. (Photo by Heather Mull/PublicSource)

A popular sociological concept known as radical flank theory argues that extreme tactics used alongside moderate calls for reform produce positive results for the latter. Herbert Haines’ 1988 book “Black Radicals and the Civil Rights Mainstream” argues that groups with more confrontational tactics like the Black Panthers gave moderate civil rights organizers leeway when negotiating legislation and currying popular support among elected officials and the white, middle-class public. Initial contention across the United States following the death of George Floyd allowed the idea of police reforms to become palatable to larger swaths of white Americans, but only after they witnessed attacks by officers on this nation’s people.

Mass protests may get out of the hands of the original organizers. This happened at protests on May 30, 2020, in Pittsburgh and November 2011 in Cairo — both of which I attended to demonstrate against police brutality and government negligence.

And in some areas, rumors of looting were responded to by vigilante groups that sprang up in both countries. In Egypt, these groups were named “popular committees,” many composed of young, middle-class men that barred residents of poorer neighborhoods from coming into their own. In the United States during Ferguson in 2014 and Floyd protests in 2020, loose networks of far-right white men in the Oath Keepers and Boogaloo movement emerged to protect property.

As I see the country I was born in moving further into authoritarianism, I begin thinking about the possibility of long-term legislative change in this one. I wonder whether that change could possibly reflect the intentions of those who went into the streets for Floyd and so many others. There is already risk of the rollback in police reforms that are being proposed in city halls across American cities. When thinking of whether we are in the midst of a revolutionary moment, as I witnessed in Egypt almost a decade ago, I remember the tear gas we choked on in both and sacrifices made by so many long before us.

Mourad al-Sayyid is a public educator, ethnographer and writer who has written and researched on topics of urban inequality, authoritarian politics, revolutions and colonialism. Mourad is a native of Cairo who originally moved to Pittsburgh in 2012. If you want to send a message to the author, please email firstperson@publicsource.org.