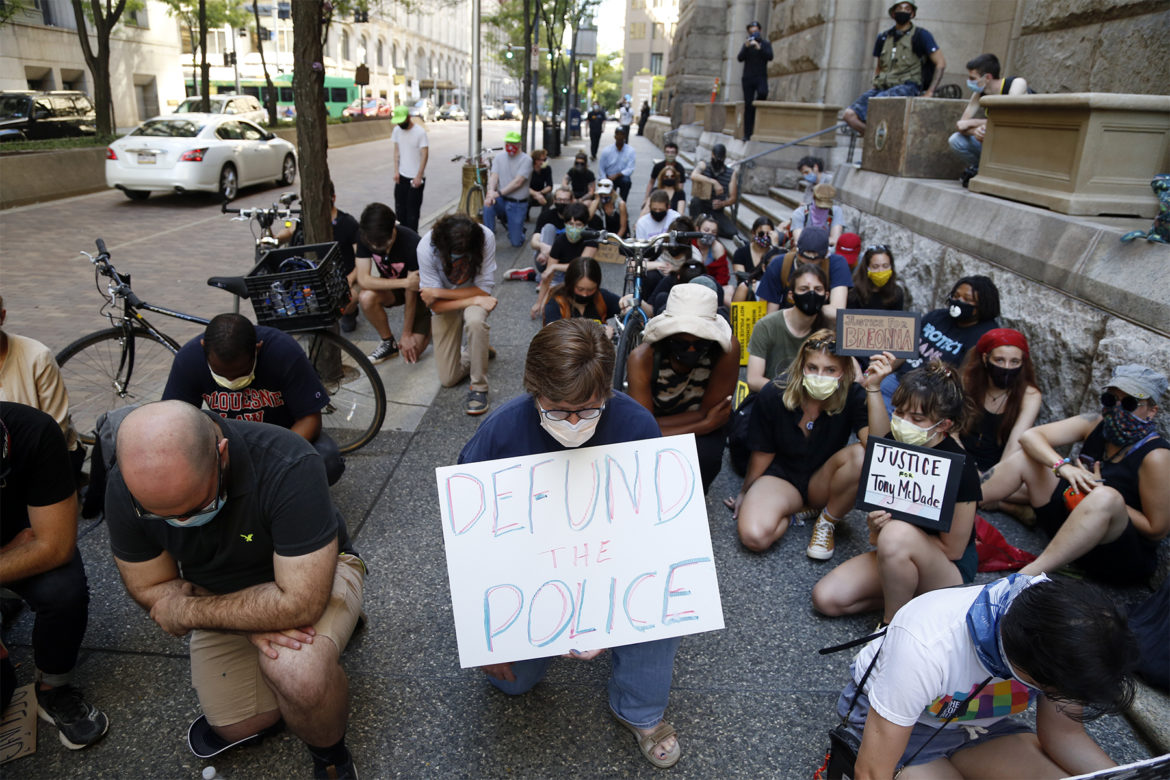 Public defenders, social workers and activists on Monday kneeled in front of the Allegheny County Courthouse in Downtown Pittsburgh to protest institutional racism in the criminal justice system.

“We, as public defenders, are here to say, ‘Black lives matter to us,’” Matt Dugan, chief public defender for Allegheny County, said to the crowd. Dugan called for an end to systemic racism in policing and criminal justice outcomes.

Public defenders throughout the country held demonstrations on Monday, including events in Philadelphia, Salt Lake City and Washington, D.C.

Several participants in Pittsburgh called for systemic changes to the criminal justice system, including defunding police and stopping the practice of laying disproportionate charges on  Black people. “The District Attorney’s office has to change their method of charging and overcharging people,” attorney Lena Bryan Henderson said to attendees. “It’s a systematic way of putting their knee on peoples’ lives.” 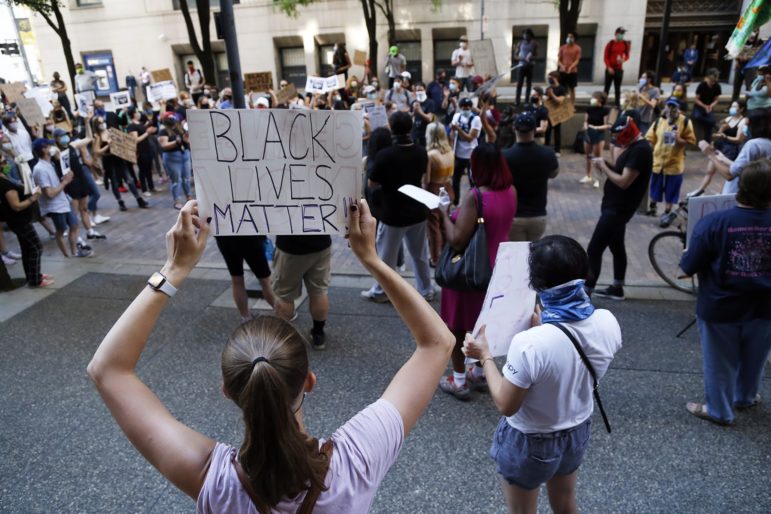 Earlier in the day, the Allegheny County District Attorney’s office issued a statement saying that no criminal charges would be pursued against several dozen people who were arrested for allegedly choosing to “engage in civil unrest” in demonstrations against police violence in Pittsburgh.

“Until the Public Safety Director provides evidence that is both relevant and substantial, it is inappropriate to proceed with these criminal complaints,” DA spokesman Mike Manko said in the statement. “As such, District Attorney Zappala has directed that the charges be withdrawn in 39 of the cases connected to the events of the last ten days.” 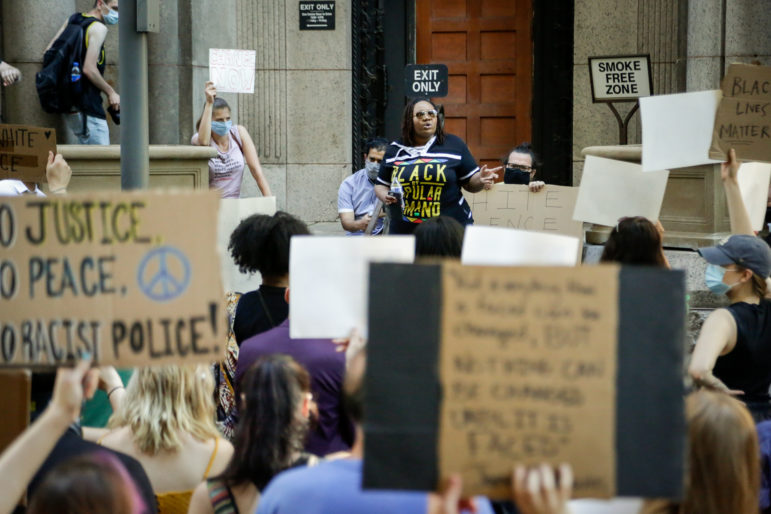 The demonstrators carried signs printed with the names of Black people who had been killed by police, dating back at least as far as the 1940s. After kneeling for 8 minutes and 46 seconds in honor of George Floyd, the crowd of over 100, shouted out the names on the signs. 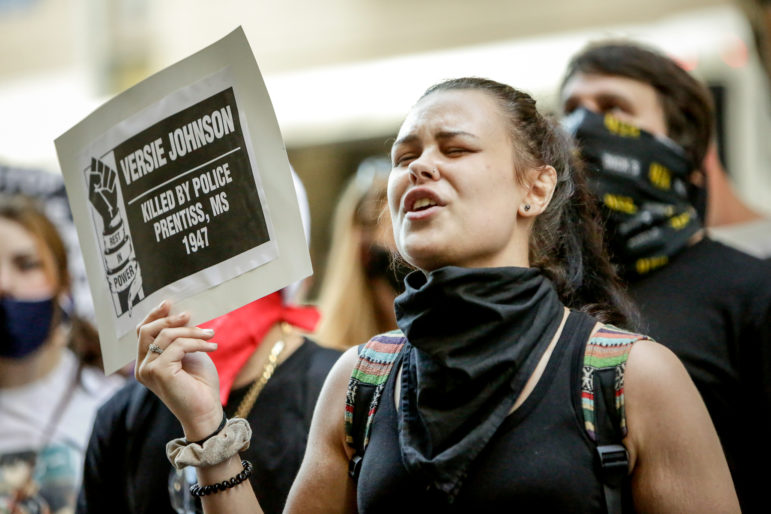 Protesters at the "Black Lives Matter to Public Defenders" demonstration outside the Allegheny Court House in Downtown, Pittsburgh (Photo by Nick Childers/PublicSource)

Lisa Middleman, a longtime defense attorney and public defender, who ran against Stephen A. Zappala Jr. for the district attorney’s office, attended the rally. “Public defenders all over this country are coming to join their people. We are taking it to the street,” she told the audience. 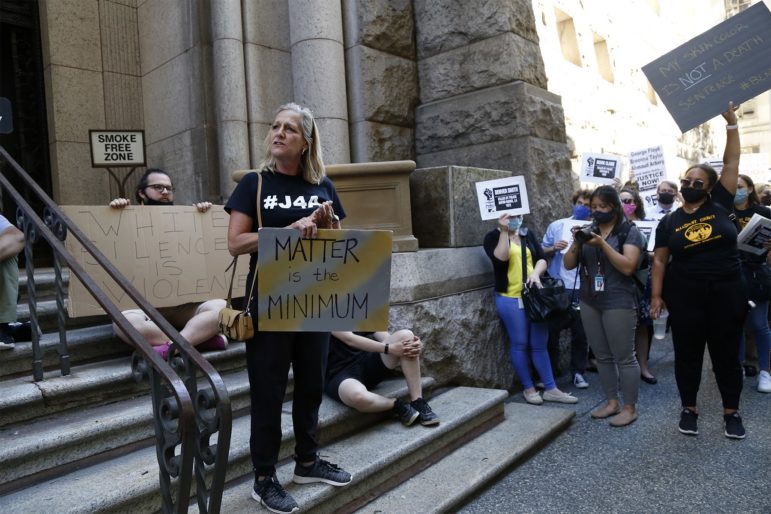 Wesley Dixon, 39, of Clairton, told PublicSource he was there to stand up for equal rights and defunding the police. “We’re not saying get rid of them, we’re just saying make it equal” for Black communities, Dixon said.

Taylor Mosley, a recent graduate of the University of Pittsburgh School of Law, said she called on ending excessive charges and arrests of Black Americans. She said she felt it was important to attend and speak up. “If you don’t show up [to the protests], then you have no right to complain,” she told PublicSource. “The silence is what’s killing us.”

After chanting and rallying for roughly two hours, the crowd peacefully dispersed. 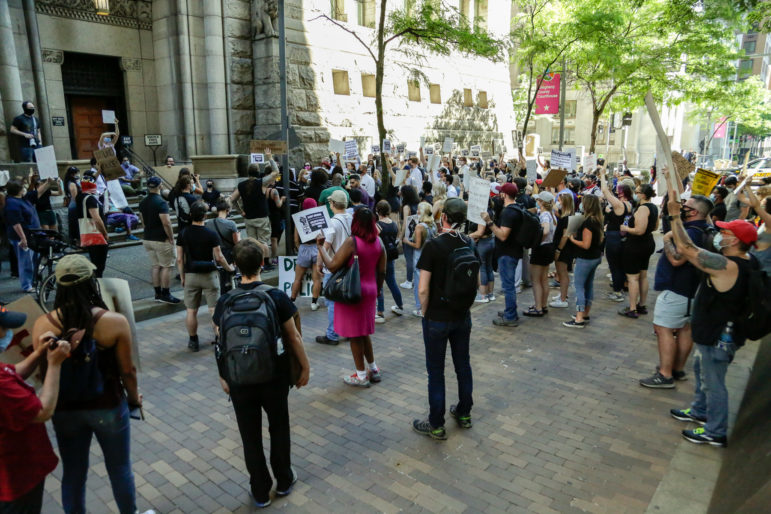 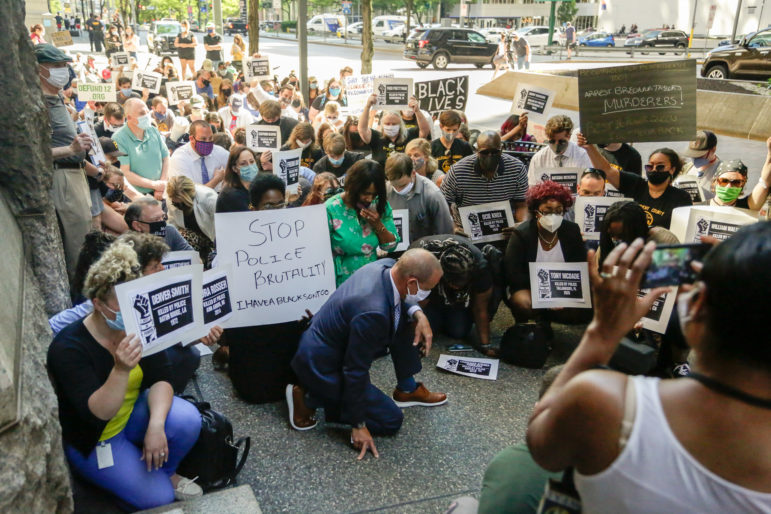 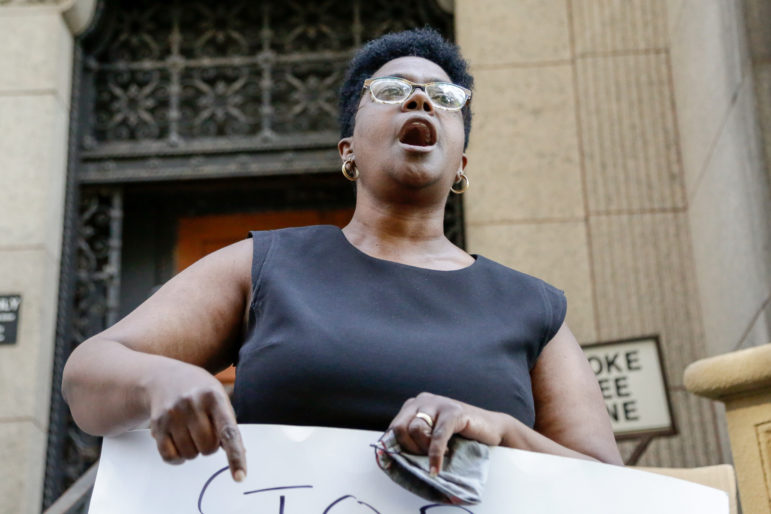