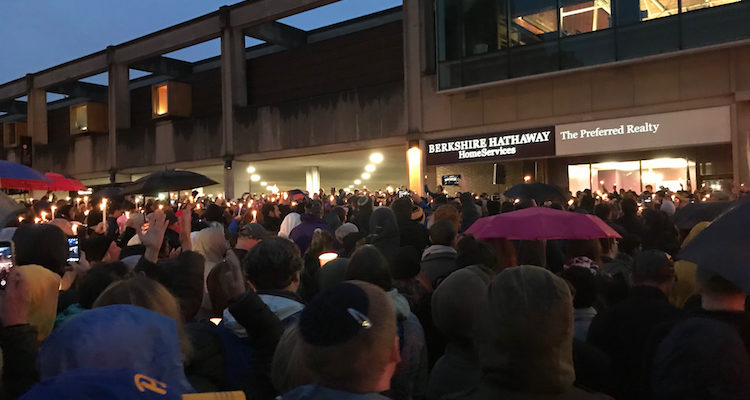 (Pittsburghers gather at a vigil for the Tree of Life shooting victims on Oct. 27, 2018. Photo by Bill O'Toole.)

On Oct. 27, 2018, the Tree of Life Synagogue in Squirrel Hill was attacked by a heavily armed killer who was inspired by far-right conspiracies about Jews and immigrants. Eleven worshippers were killed and six were injured, including four police officers.

They were selected because they “Denounced hate in solidarity following the deadliest anti-Semitic attack in U.S. history,” says the MOTC.

Launched in 2019, the MOTC is currently collecting stories online. An immersive physical museum is being planned for the future, in either New York City or Washington, D.C.

“We know that storytelling can define a nation and shift mindsets.”

“We know that storytelling can define a nation and shift mindsets,” says Teresa Vazquez, executive director and founding trustee of the MOTC. “By featuring the stories of those who stand up to hate, we remind each other that our shared values of justice and equality will always be stronger than our differences. This is especially important as headlines highlight increasing polarization and hate crimes continue to climb. I’m incredibly proud to share the inspiring stories of our Courageous Class, which show that everyone has the capacity to stand up to hate.”

The MOTC is led by Vazquez, who has “a 20-year career as a nonprofit executive, fundraiser and economic development leader who raised and deployed over $100 million of capital for social good.”

The day after the Tree of Life shooting, leaders from across Pittsburgh’s religious communities — Jewish, Christian, Muslim — organized a vigil at Soldiers & Sailors Memorial Hall & Museum. In front of thousands, and news crews from around the world, they gathered with a message of love, unity and resolve to reject hate. More than 10,000 donors raised more than $1 million online for Tree of Life victims.

Wasi Mohamed, former executive director of the Islamic Center of Pittsburgh, announced that the Muslim community alone had raised $70,000 to help the victims’ families.

When a mass shooting happened a year later at mosques in Christchurch, New Zealand, The Tree of Life, Dor Hadash and New Light congregations responded by raising funds for security at the Islamic Center of Pittsburgh.

Pittsburgh’s faith community is now part of the inaugural class of the MOTC, which honors contemporary and historical leaders who have fought hate and injustice. 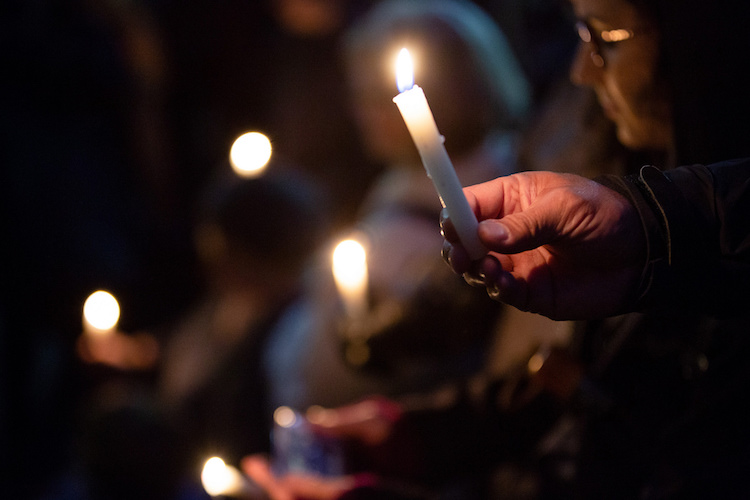 (Photo from Oct. 27 vigil used by permission by NEXTpittsburgh)

“Founded on the beliefs that powerful narratives compel action and storytelling at scale can change a nation, the co-founders set out to amplify untold and under-told examples of courage to continuously bend our country toward justice, ” states the MOTC on its website. “Launched in 2019, MOTC is building the largest collection of stories about individuals standing up to acts of hate based on race, color, religion, ethnicity, national origin, sexual orientation, gender identity and ability.”

The MOTC Class of 2021 also includes 17-year-old Darnella Frazier, who filmed the murder of George Floyd in the streets of Minneapolis, which sparked a global uprising to confront racism and police brutality. Also honored are Dr. Shahid Shafi and the Texas Republicans who stood behind the Republican party official, who was born in India and raised in Pakistan, when an effort to oust him simply for his Muslim faith gained strength online.

Michael Machosky is a writer and journalist with 18 years of experience writing about everything from development news, food and film to art, travel, books and music. He lives in Greenfield with his wife, Shaunna, and 8-year old son.