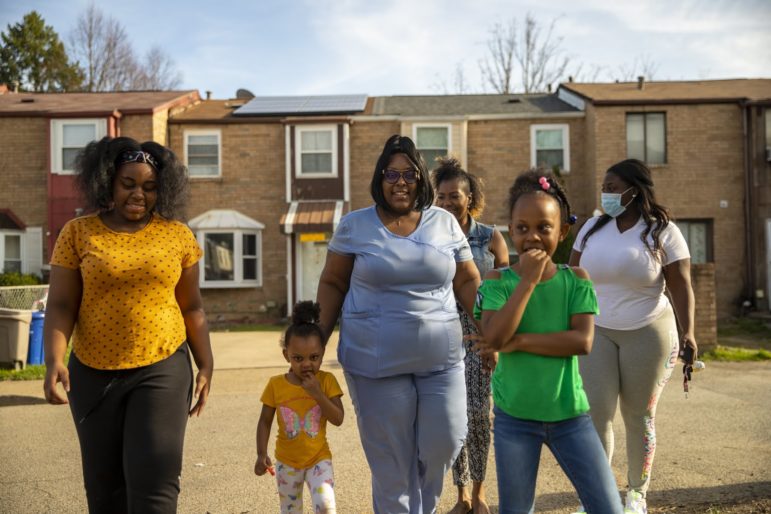 An East Liberty enclave faces change, but this time residents can set down roots

Disparities between Pittsburgh neighborhoods persist. This project tries to understand why.

By First-person essay by Nick Cotter

The Only Constant Thing, Episode 1: A daughter of Penn Plaza

How is the success of economic development measured? It depends on who you ask.

Filled storefronts and rising rents: How developers and residents view change in five areas of Pittsburgh

The changes of five key Pittsburgh neighborhoods seen through the eyes of residents and developers.

Jackie Smith, Ashley Cox, Dan Kubis, Rachel Brown, Adam Clark… The list read before the City of Pittsburgh Planning Commission on Tuesday afternoon included the names of almost 1,300 people who wrote letters to the commission, opposing the development plan proposed by LG Realty for the former site of Penn Plaza Apartments. After more than four hours, the commission voted to approve design plans for the $150 million development in East Liberty. One year following the controversial demolition of Penn Plaza and after six months of mediation between the community and developers, LG Realty presented plans to put commercial retail space, a park and several office buildings at the former site of affordable housing. About 30 to 40 people spoke at the meeting, some of them in support of the project. A few of them took their three minutes of time at the podium to read the names of the people who submitted letters opposing the Pennley Park South Redevelopment Plan.

The displacement of more than 200 residents from Penn Plaza apartment complex in East Liberty was neither Pittsburgh's first mass displacement nor its most catastrophic. Forced relocations of this kind date back to the 1950s, when about 8,000 were removed from the Lower Hill to make way for what later became the Civic Arena. The Penn Plaza displacement has come to symbolize gentrification in Pittsburgh and has captured the public's attention unlike any in recent memory. As it stands, the proposed redevelopment of Penn Plaza would include two separate, multistory buildings that would feature ground-level retail and upper-floor office space. The Penn Plaza owners do not plan to build housing on the site and are compelled to direct about $3 million into a fund that would support improvements to the nearby Enright Park and help to create affordable housing within 1 mile of the site.

PublicSource profiled Campbell last year as she readied for her move. We returned a year later to learn about her life after displacement, and what the future holds for the vacant Penn Plaza site and the Mellon’s Orchard complex.

What’s holding Pittsburgh back? How are city officials addressing gentrification through redevelopment? And what would happen if Amazon were to actually choose Pittsburgh for its second headquarters? In a Facebook Live interview on Wednesday, filmmaker Chris Ivey gave his candid thoughts on these questions and why he’s worried that things aren’t getting better for residents, even as local leaders woo Amazon and paint Pittsburgh as a city of innovation.