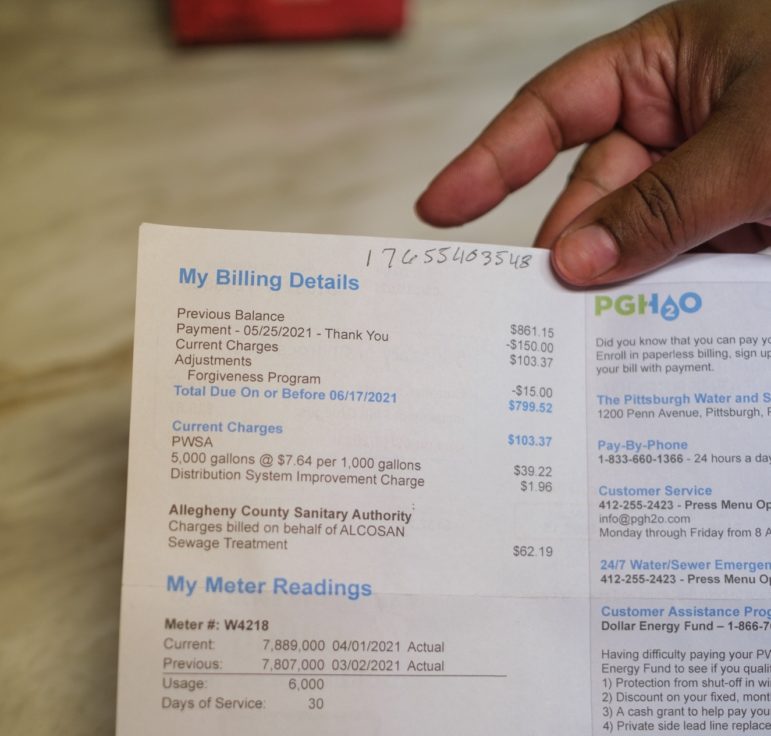 How much help do low-income Pittsburghers get on their water bills? Depends on which utility does the helping.

Pittsburgh provides new look at allegations against police, but not at resulting discipline

Mayor: Pittsburgh’s board tilt toward diversity is no accident

Eight women and one man sit on Pittsburgh’s City Planning Commission. Mayor Bill Peduto would like to adjust that ratio. “I would love to have Pittsburgh be the first city in America to have a planning commission that is 100% women,” the mayor said, in an interview this month. Asked whether men might look askance at that goal, he reasoned that a powerful, all-female board would send a signal that the city was addressing a historical imbalance. “All we have to do is look at the past five decades, when it was all men, [or] there may have been one woman appointed” to the commission.

All on board? Powerful Pittsburgh-area panels are more diverse, but progress is uneven

Women hold nearly half of the seats on major boards and commissions that make many decisions in Pittsburgh and Allegheny County, and Black residents hold more than one in every four, PublicSource has found as part of the year-long Board Explorer project. Both figures represent steps toward greater diversity in the region’s power structure. In 2005, women occupied fewer than ⅓ of seats on county and city boards, according to a study done then by Carnegie Mellon University students in partnership with the Women and Girls Foundation of Southwest Pennsylvania. Black residents held 23% of the seats for which the race of the member was known in 2005, but now hold 28%. Presented with PublicSource’s findings, diversity advocates were united in one sentiment: Progress is no cause for complacency.

People have strong opinions about any new bike lanes in Pittsburgh. But there’s a new piece of bike infrastructure coming to the city, called the Neighborway, that seems like it will be an easier sell.

‘By being attacked by both sides, I’m doing my job.’ Peduto defends approach to policing

More than six and a half years into his administration, and expecting to face challengers from both sides of the political spectrum in his 2021 bid for reelection, Mayor Bill Peduto is frank about the gap between his policing platform and the bureau’s actions.

Allegheny County’s bill to heat seven of its biggest buildings is expected to rise under a contract with Peoples Natural Gas, as the county prepares to abandon a cooperative Downtown steam system, following a contracting process that some officials now question.

Pittsburgh’s contract with its police has a lot to say about officer discipline. Here are the highlights.

The Allegheny County Black Activist/Organizer Collective demanded a dozen changes in policing policy, budgeting and staffing on Monday, June 15. The City of Pittsburgh's interactions with its roughly 900 police officers are governed by an arbitration decision handed down in January. That 30-page decision — which modifies past contracts and decisions — came after a year of evidentiary hearings, pitting the city against the Fraternal Order of Police [FOP]. While much of the contract deals with wages and benefits, it includes planks that govern procedures when an officer is the subject of a complaint, or is suspected of misconduct or criminal activity. The arbitration decision states:

Police can't be compelled to testify before the independent Citizen Police Review Board.

“This is not a day-to-day or week-to-week situation. This is a month-to-month and year-to-year situation."