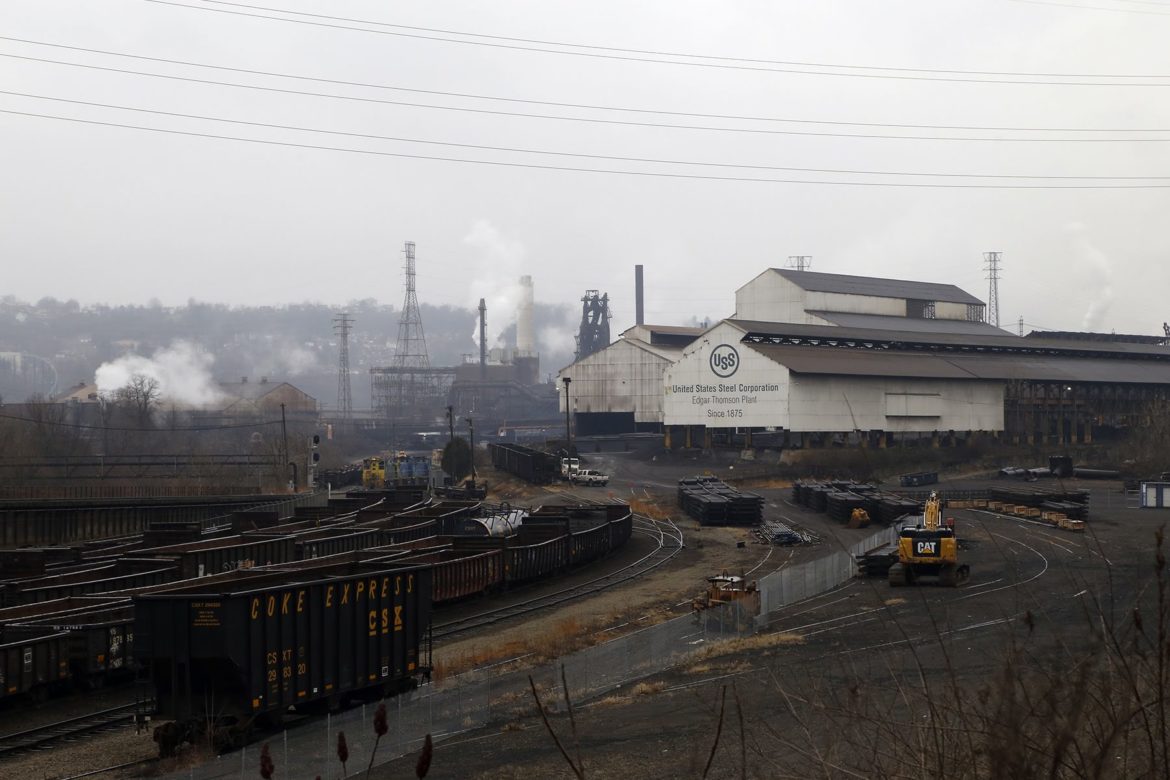 Residents of Allegheny County’s Monongahela Valley have long complained about the poor quality of the air they breathe. But nobody from the valley, home to impoverished communities in the shadow of massive industrial facilities, is part of the group of 11 citizens and local stakeholders that is key to developing air quality regulations in the county.

The Air Pollution Control Advisory Committee [APCAC], appointed by the county executive, is the starting point for all local air quality rules in Allegheny County, including those setting emissions standards, reporting requirements and enforcement.

The panel offers a space for public input in the regulatory process for air pollution and advises the Allegheny County Health Department [ACHD]. Members include managers at regulated companies, environmental advocates and local residents, mostly from the North and South Hills.

In all, the committee can seat up to 15 people, but 11 seats are currently filled. Of current members, seven have been part of the group for eight years or more, and three of those were first appointed around the turn of the century. All members, except for one, are serving terms which officially expired in December 2018.

Rachel Filippini, an air quality advocate and committee member, said it is important to consider representation on the panel, given the committee’s four vacant seats and that some members have served for decades.

“There is opportunity for additional people to be on the committee,” Filippini, the executive director of regional environmental advocacy group Group Against Smog and Pollution, said. “I think this is a good time to consider some additional faces.”

Filippini added it would also benefit the committee to have more public health and epidemiology experts, as well as academics with knowledge of air quality.

Edith Abeyta, a member of community group North Braddock Residents For Our Future, said it is imperative that the committee’s open seats be filled with local residents who are impacted by air quality.

“I think it's a missed opportunity not just for the health department, but for the region,” Abeyta said. “I think it helps if you have residents, who are not council members or work for [industry], that are concerned with what’s happening and the health of their community.”

PublicSource reviewed the committee as part of Board Explorer, an effort to illuminate a less-scrutinized layer of the county and city power structure.

County spokesperson Amie Downs said the county has worked to make sure that local government is representative of those who it serves.

“In addition to meeting the requirements of the law as it relates to members of the industry who must be on the board, the county also works to ensure that individuals of all ages, colors, disabilities, national origin, religions, races and genders have a role in our county,” Downs said.

In addressing the terms that expired in December 2018, Downs said the COVID-19 pandemic has impacted a “vast majority” of processes related to county appointments and confirmations.

Matt Mehalik — an outside observer and executive director of the Breathe Project* environmental group — said the lack of representation from communities like the Mon Valley, as well as the Allegheny Valley, where the coal-fired Cheswick Generating Station is located, plays into larger concerns about how the committee operates.

“We spend an awful lot of time talking about the specific language in regulation. It’s a balancing act between being comprehensive versus being so comprehensive that it becomes unworkable.”

The committee, which meets every two months, contains three subcommittees — regulations, criteria pollutant/air monitoring and pollution prevention/education — and reviews requests to spend part of the Clean Air Fund, which contains penalty payments from emission violations and can fund public education and studies of health effects, special purpose air monitoring or other projects in support of air quality. The panel’s next meeting is on Aug. 24 at 5:30 p.m. and is open to public participation, according to its website.

County air quality regulations are passed in a three-phase process, which can take six to 18 months. Regulations are first drafted in the regulations subcommittee, before the full committee votes on whether to recommend that the Board of Health open them up to public comment.

Residents are able to submit written public comments to the health department, and attend ACHD public hearings, leading in some cases to revisions of the draft rules. County Council must vote to approve the regulations before they become part of Article XXI, the countywide air pollution control rules and regulations.

Bob Orchowski, the chair of the regulations subcommittee, said the committee is best described as a “sounding board,” for the county health department and can provide key advice.

“It gives a chance to understand and digest the language of the regulation,” Orchowski, a principal at local environmental consulting firm Hillcrest Group, said.

Filippini said since the APCAC is focused on air quality, it is able to help the Board of Health understand specifics of the issue.

“The whole point of our committee is we’re supposed to be the experts on air quality,” Filippini said. “Board of Health members can’t possibly be experts on everything that the health department works on, understandably.” 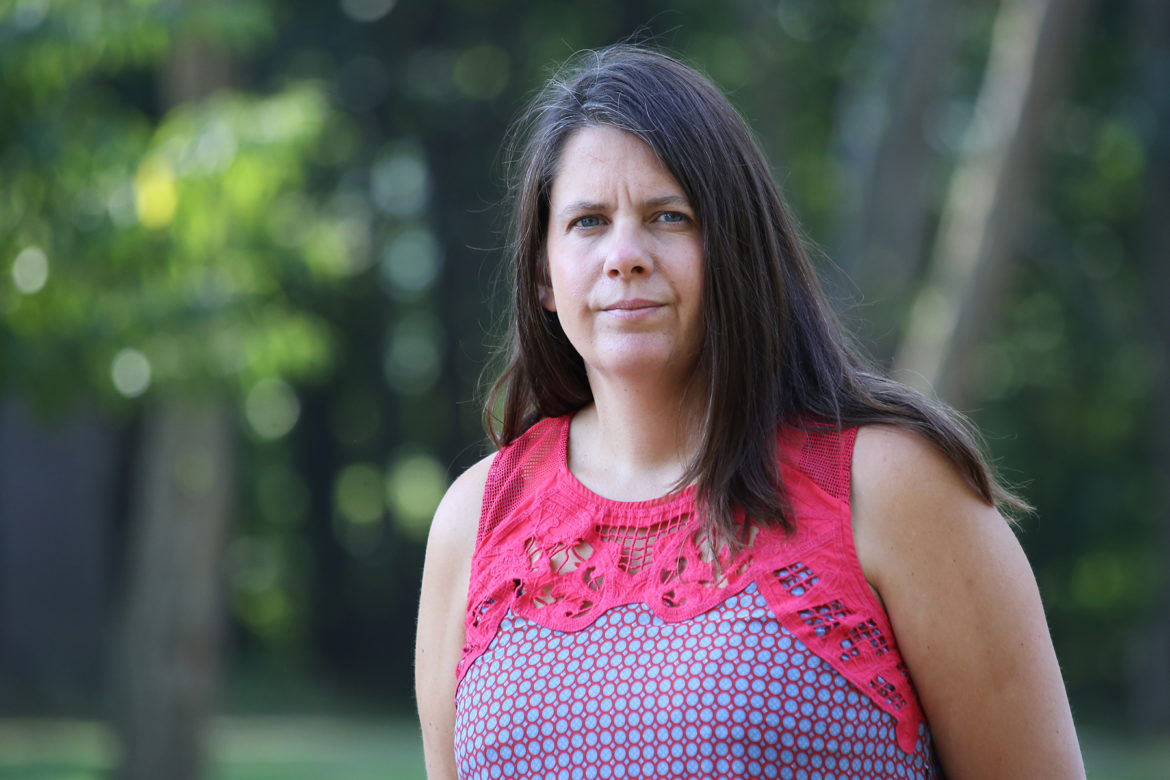 Rachel Filippini is a member of the Air Pollution Control Advisory Committee and the executive director of regional environmental advocacy group Group Against Smog and Pollution. (Photo by Ryan Loew/PublicSource)

Orchowski added that the panel takes great care to ensure draft regulations are well-crafted, and noted that committee members from industry weigh in to make sure the proposals are “functional.”

“We spend an awful lot of time talking about the specific language in regulation,” Orchowski said. “It’s a balancing act between being comprehensive versus being so comprehensive that it becomes unworkable.”

Filippini, though, said the health department could do more to promote APCAC meetings and their agendas so community members are better able to attend them and provide feedback. An average of eight residents attended committee meetings from 2016 to 2019, based on a review of meeting minutes.

“Most people ... do not even know that this committee exists,” Filippini said. “I think the health department could do a better job of just advertising that these meetings are even happening.”

Mehalik said the lack of advertising of public meetings, and a related lack of awareness, is a serious issue that must be addressed.

“People should be aware of this and have a voice in participating,” Mehalik said.

Orchowski said drafting air quality regulations is a “niche activity” and, as a result, would not necessarily draw large crowds. But he also said “vocal representation” is provided through private citizens and environmental groups at public meetings.

Kelly said many actions of the county’s Air Quality Program are subject to state and federal rules, which only require a 30-day comment period and the opportunity to request a public hearing.

“As these [APCAC] meetings tend to be very technical in nature, ACHD does feel that they are well attended by most parties with the relevant expertise to contribute,” Kelly said. “However, there is always room for improvement and we will ask the subcommittees and the committee to offer suggestions on improving participation.”

Downs said the county executive receives recommendations from the health department for potential APCAC members based on background, expertise and interest. If community members are interested in getting involved, they can email a letter of interest and resume to boards@alleghenycounty.us.

Jon Moss was a PublicSource editorial intern. He can be reached at me@jonathanmoss.me.