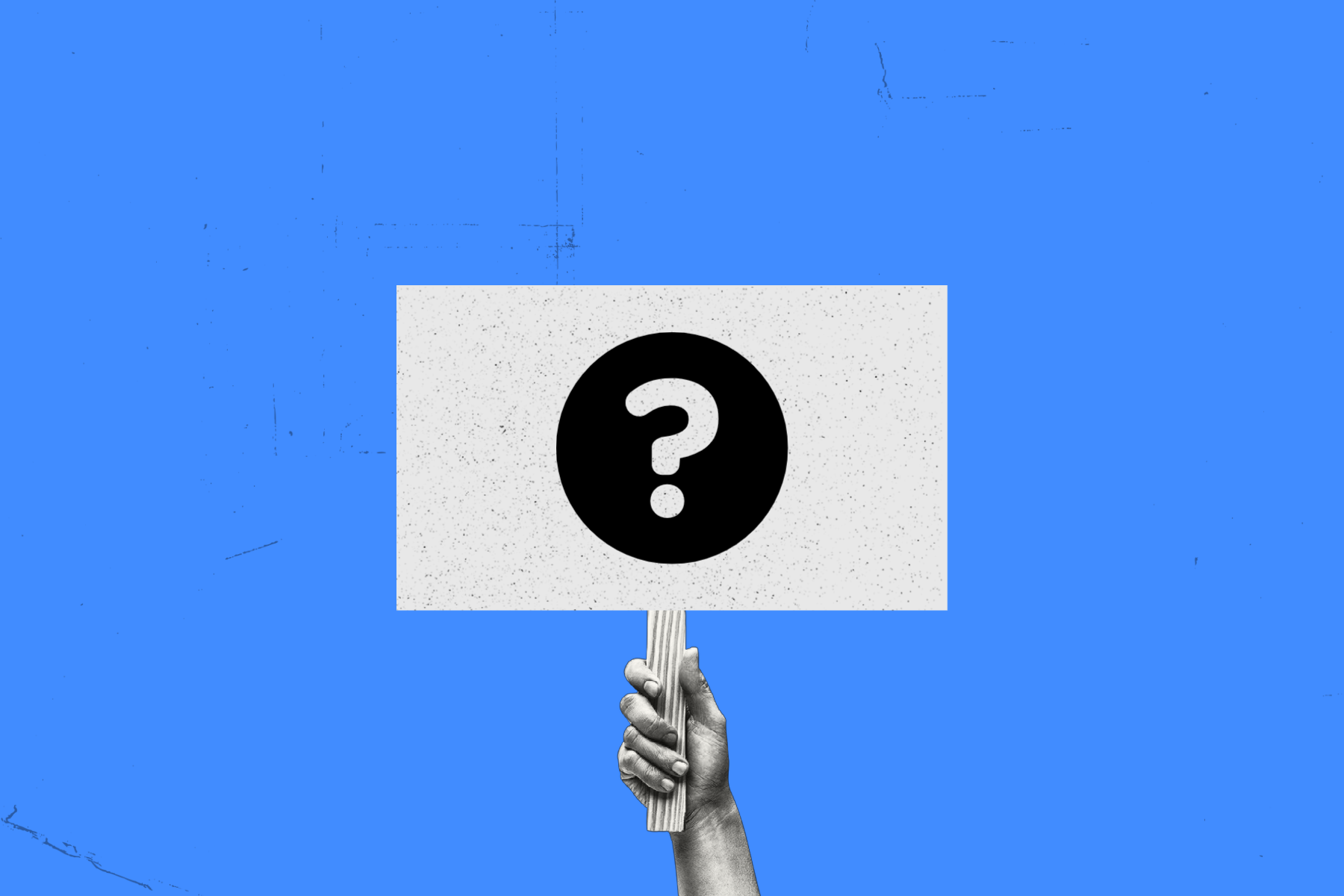 When we spoke in late March, veteran Pittsburgh social justice organizer Mel Packer was anxiously awaiting news from Bessemer, Alabama. There, 5,800 warehouse workers for the retail behemoth Amazon were deciding whether to unionize. If the union won a majority of worker support, the warehouse would become the staunchly anti-union Amazon’s first unionized workplace in the United States.

Like many labor movement supporters, Packer believed a victory at Bessemer could reverberate across the nation, inspiring working people to see unionization in their workplaces as an attainable goal. “Any time a union or a group of workers is able to mount a successful fight,” Packer argued, “it's a shot in the arm for other workers.”

But on April 9, these unionists received crushing news. Amazon had soundly defeated the effort. And though the Retail, Wholesale and Department Store Union [RWDSU] filed with the National Labor Relations Board [NLRB] to overturn the election results, alleging that Amazon improperly pressured workers to oppose the effort to unionize, Packer readily conceded that the union’s ability to only receive about 29% of the votes was a “defeat any way one looks at it.”

As a supporter of labor organizing, I too was heartened by the momentum that the Bessemer struggle seemed to bring to the movement. I wanted to understand what it means — even in defeat — for the future of unionization.

In the lead-up and aftermath of the vote, I spoke to many Pittsburgh-area union supporters and heard two key points: First, that the power of Amazon, aided by federal law that favors employers, means the defeat was in many ways expected; and second, that labor organizing is a long-term fight, where even a loss can inject energy into a resurgent labor movement.

As Tina Shannon, a leader of the Steel Valley chapter of the Progressive Democrats of America, put it, “the fact that people even tried to organize is a win.”

The Bessemer unionization struggle began in June 2020, when Amazon worker Darryl Richardson made contact with RWDSU organizers. Richardson and hundreds of his coworkers believed that union representation could assist the workforce in addressing what they saw as their jobs’ most undesirable aspects, including unpredictable and last-minute schedule changes, long hours on their feet with insufficient bathroom breaks, and unrelenting surveillance. 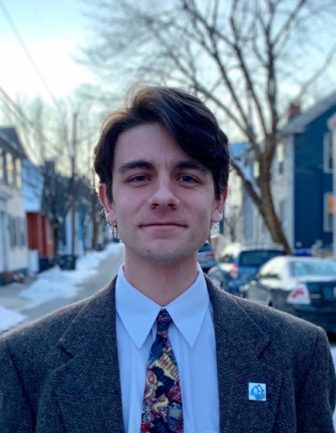 Nathaniel Pettit is a freelance writer and a labor movement supporter. (Photo courtesy of the author)

National figures, from actor Danny Glover to U.S. Sen. Bernie Sanders, identified the Bessemer struggle as a historic squaring-off between a corporate titan and a group of low-wage workers in the historically anti-union deep South. President Joe Biden in February said that deciding on unionization is a “vitally important choice” that should be done without intimidation from employers.

In communities across the country, supporters rallied in solidarity. The struggle was emblematic not just of workers taking on a corporate titan but also of a new surge for unionization in an era where traditional union power has faded. On March 20, members of the Amalgamated Transit Union Local 85 and the New Afrikan Workers Union [NAWU], along with community members like Packer, picketed the Amazon-owned Whole Foods in East Liberty.

Khalid Raheem, an NAWU activist and lead rally organizer, explained the significance of supporting a unionization effort several states away.

“We thought it was very important for us to give our support and to join along with others in demanding that Amazon be fair,” said Raheem.

Raheem explained that the effort to unionize Bessemer’s predominantly Black and female workforce underscores the need for unions across the nation to center racial and gender equity in future organizing drives.

If the Bessemer fight inspires others, it’s crucial that unions expend greater energy on organizing historically non-unionized sectors, even if doing so means taking on some of the world’s most powerful corporations.

Despite the Bessemer defeat, Rob Ruck, a historian of sport and labor at the University of Pittsburgh, believes that the struggle has emboldened people across the country.

He notes that, throughout American labor history, unionization efforts have often had a symbiotic quality, with one labor struggle leveraging the energy generated in a struggle elsewhere: “The sense is, ‘If they can do it, why can't we?’”

Here in Pittsburgh, Josh Borden was among about 80 workers employed by HCL Technologies — a subcontracting tech company working in Google’s Pittsburgh office — who voted in 2019 to unionize as an affiliate of the United Steelworkers [USW].

The victory was historic for white-collar tech contractors, and one inspired by similar efforts, including a concurrent push for unionization at the crowdfunding platform Kickstarter.

After the HCL unionization vote, Borden said he was contacted by people inspired by their victory who wanted help organizing. He sees the victory in Pittsburgh as influential in the January 2021 formation of the Alphabet Workers Union, a union of more than 800 international workers at Google’s parent company Alphabet.

“When I can point to victories in other places, whether that be other hospitals in UPMC or even in the Amazon warehouse, it really allows me to point out that, ‘Hey, this is something that is doable and works.’”

But the HCL unionization fight was a bitter one.

In October 2020, the NLRB alleged that HCL Technologies unlawfully interrogated workers about organizing activities and delayed promotions and wage increases due to the union campaign.

HCL has recently been accused of failing to bargain in good faith and delaying the creation of a contract with the United HCL Workers. The company denies this. “With respect to the collective bargaining discussions,” the company said in a statement to WESA, “we have been and remain engaged in honest and meaningful negotiations. Our prerogative throughout has been to listen, learn, and negotiate seriously as we work to close a contract.”

While unions have held considerable political clout, their influence has waned in recent years, and even in union-heavy cities like Pittsburgh, key employers like UPMC have fought unionization for years.

Sam Tillman, a union organizer and milieu therapist at UPMC Western Psychiatric Hospital, understands the difficulty of building a union. We spoke in early April, before the release of the Amazon election results, and in Tillman’s view, a high-profile union fight has the power to show co-workers hesitant about organizing that it is possible for workers to win.

“When I can point to victories in other places,” Tillman said, “whether that be other hospitals in UPMC or even in the Amazon warehouse, it really allows me to point out that, ‘Hey, this is something that is doable and works.’"

But in Bessmer, the workers didn’t win. Local union organizers explained that partly that’s because unionization is often a lengthy fight. And partly it’s because federal law fails to offer workers adequate protection in trying to organize.

Jim DePoe, legislative director for the Greentree-based International Brotherhood of Electrical Workers Local 29, argues that the Bessemer struggle has laid clear the need for passage of the Protecting the Right to Organize [PRO] Act.

Among other provisions, it would ban captive-audience meetings as well as dramatically increasing the penalties for employers who illegally interfere with workers’ organizing efforts. DePoe believes that this federal legislation will “turn back the clock” on what he and many of the interviewed Pittsburgh labor advocates see as the unfairly pro-business status quo of labor law.

The House of Representatives passed the legislation in early March, and Biden has confirmed his support. But the legislation’s fate in the Senate is uncertain, as it faces strong Republican opposition and three key Democratic senators have thus far refused to support the bill.

To Pittsburgh unionists, who know well the harsh realities of labor organizing in 2021, this April’s union defeat in Bessemer stings. But, even without a change in federal law, it is not necessarily final. Pittsburgh-based organizer Lindsey Disler notes that unions “rarely win the first time around. Most union elections take two or three tries.”

“Heck, even the forming of the Steelworkers took 30 years,” Disler adds, noting that the Pittsburgh-based USW is today one of the nation’s largest unions.

Ruck encourages the Bessemer worker-organizers to see their union battle in the arc of a far larger struggle: “Any struggle is not over just because you lose one round,” he told me. He points to past efforts to expand voting rights in the American South or curb pollution in post-industrial Pittsburgh.

Initial battles in these struggles were defeated, he said. “They were discouraging; they were setbacks,” Ruck continued. “But years later, people returned to that struggle, and often, eventually, won.”

Nathaniel Pettit is a freelance writer and a labor movement supporter. This summer, he will be working in the United Steelworkers’ organizing department. The views he represents here are his own. He can be reached at nathaniel.p.pettit@gmail.com or on Twitter @nat_pettit.