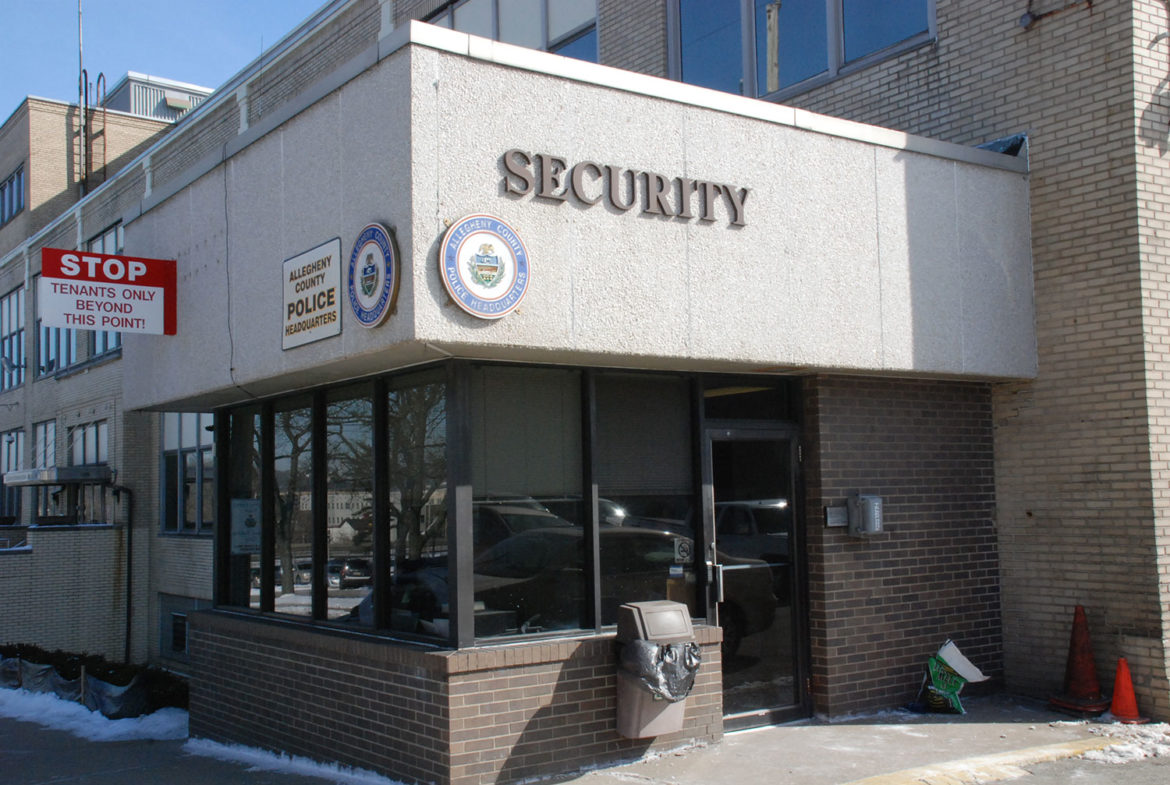 For the Allegheny County Police Department, searching for details on past crimes sometimes calls for cabinet duty.

That means a team of detectives literally thumbing through paper records in old-fashioned file cabinets.

That’s how police work was done before computers and before officers elsewhere could access databases from handheld devices.

But despite its status as the third largest local department in the state, with about 200 officers, the Allegheny County Police Department is downright archaic compared to other law enforcement, even lagging behind police departments with as few as 18 officers.

The county police — responsible for patrolling the Pittsburgh International Airport, county parks and nursing homes, among other county facilities — rely heavily on paper files that are not easily searchable unless you know the case number or specific date.

They also lack a system that automates some aspects of report writing and data collection, and their officers are unable to file reports or issue citations from their vehicles, which would allow them to spend more time in the community.

Zilch, second in command for the Allegheny County police, said the department’s outdated methods complicate the job of investigating murders, assaults, thefts and burglaries, narcotics use and trafficking and other illegal activity.

Amie Downs, the spokeswoman for the county, disagrees.

She said investigative units, like homicide and narcotics, do use computers to track some incident data, allowing for searches to share information with any of the 110 municipal police departments the county police support.

For instance, all the investigative units maintain a database of names and corresponding aliases and neighborhoods to track repeat offenders, police said, and detectives are able to search keywords in folders of investigative records kept as Microsoft Word documents.

It’s a rudimentary system at best, and when officers do use databases, they are often using them as a tool that references back to paper records.

In August 2008, Allegheny County contracted with California-based Tiburon to supply a dispatch system that would streamline city and county 911 centers and a records management system for law enforcement.

Nearly seven years and more than $7 million later, no records management system is in place.

Originally a five-year contract worth $6.4 million, Tiburon was asked to provide the dispatch system first. It launched in late 2010.

When the attention turned to the records system, at least two years was spent meeting with law enforcement about their needs and building a responsive product.

But the company and the county shifted gears in 2013 to a newer records system called Total Enforcement, which Downs said takes 12 to 18 months to develop for the custom needs of county police and police departments in about 25 other municipalities.

The county doesn’t see the extra time as a delay.

“While it has taken time to build it from the bottom up, we know that it is done right and is meeting the needs of the law enforcement community,” Downs wrote.

The new system will allow reports filed by patrol officers to be automatically uploaded to the state, she wrote. “The system also provides record sharing between other agencies and manages evidence and property via barcoding.”

Downs insists that smaller police departments are getting the assistance they need as it is, and she said current mobile terminals allow officers to see incident calls and to check for stolen vehicles or motorists who are on wanted lists.

Lt. Andrew Schurman of the homicide unit said they were last told to expect the system to go live in April. They heard the same thing last April.

Downs said the system is expected to launch later this year.

Whenever it happens, Zilch said the system likely won’t do away with hand searches of paper records.

“It would almost be impossible for us to go back and input all the previous records,” he added.

Other police departments, small and large, jumped into the computer age years ago.

Whether you think the lack of electronic police records puts the public at risk or you think a records management system is a waste of time and money, you can call county council at 412-350-6490 or go to its next meeting on March 10/24. Here’s how you get the mic.

You can also share your experience, good or bad, with the Allegheny County Police by commenting below the story, by posting on Facebook or by sending us a tweet.

Chief Scott Farally of the 18-strong police force in Pitcairn said searches that used to take a day can be done in a minute using a computer.

In Philadelphia, a centralized electronic records system allows investigators to quickly learn the details of any incident.

“I could pull a job that happened in the northeast, a robbery, and I could see all the work the detective had done,” said Officer Christine O’Brien, a Philadelphia Police spokesperson.

To be sure, the Allegheny County Police isn’t the only agency having a hard time emerging from the dark ages.

And even before computers were pervasive, the job still got done. It was just a matter of how long officers had to search through files instead of getting back on the street and how difficult it was to spot crime patterns.

“It boils down to being able to do the job faster, easier and more efficiently,” said Dane Merryman, executive director of the Pennsylvania Chiefs of Police Association.

The county police department also happens to be at the center of an ongoing feud between County Executive Rich Fitzgerald and County Controller Chelsa Wagner, who has served county officials with subpoenas to force their cooperation with a performance audit of the department.

Wagner said she is aware of and not too surprised by the tech shortfalls within the county police department. Compared to her experience as a state House representative, she said, “changing processes is a lot more difficult and there’s a lot more resistance in county government than I've seen elsewhere.”

Wagner has been vague about the reasons for the audit, but she has said that there’s no suspicion of wrongdoing.

Her interest was in-part sparked by the department’s plan to replace its officers with park rangers at county parks. Fitzgerald and his team have said the controller is not qualified to assess the performance of a police department.

Wagner said she wants to analyze how many cases are closed or left unsolved.

“I would certainly think their level of sophistication in terms of record-keeping would have some sort of direct impact on that,” she said.

The technological lag isn’t specific only to records.

The homicide unit was just outfitted in October with video capabilities in their interview rooms, Schurman said.

That’s right. Though toddlers could walk around recording video on smartphones before October, the unit had no video of their interviews with suspects for murder and other violent crimes.

Video footage allows investigators to evaluate a suspect’s body language and, even more importantly, to prove that they properly presented a suspect with his or her Miranda rights (You have the right to remain silent, etc.).

Before the new equipment, which consists of a surveillance camera and microphones embedded in walls that stream to a computer station, police used two karaoke-style microphones, one for the suspect and one for the detective, connected to an audio recorder that burned CDs, Schurman said.

Schurman and the county defend their use of paper records.

The lieutenant said paper is the “gold standard” in court because documents will have original signatures and would be printed out anyway during discovery.

“There are times when agencies that rely completely on hard copy or paper files can cause a slight delay or inconvenience when moving forward on an investigation or prosecution,” he wrote in an email.

He said county police have been cooperative with the DA’s office, and delays are kept to a minimum.

For now, county police believe their new system will be ready next month.

A new records management system and enhanced computers in patrol vehicles, Zilch said, will revolutionize the way the department runs on a daily basis.

“I can’t tell you why it hasn’t happened before this,” he said. “I wish it would have happened 20 years ago.”