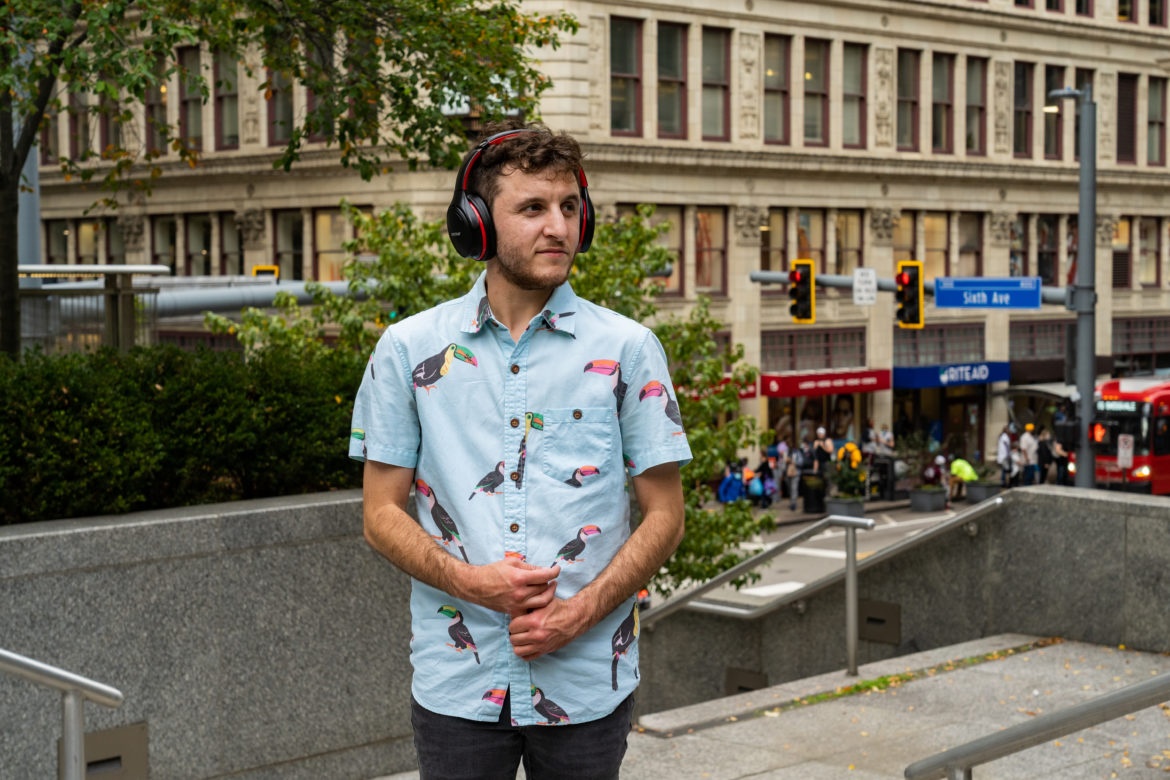 Despite the fact that I say “soda” instead of “pop,” have no interest in eating pierogies and have only used the word “yinz” ironically, I have a lot of Pittsburgh in me.

Here in Pittsburgh, we talk about what is by framing it as what was. We give directions based on the landmarks that used to exist, but are no longer. Sports fans tend to reference arenas that have long since been replaced: The Igloo — the home of the Penguins during their first three Stanley Cup championships. Three Rivers Stadium — which hasn’t existed in 20 years, though we will never tire of hearing about the Immaculate Reception.

We are grit and steel and hard work and a myriad of superstitions that keep the Penguins and Steelers winning. A mere 19 days after I was born, the city erupted in cheers as the Penguins swept the Chicago Blackhawks to win the Stanley Cup. We are our history — we are everyone and everything that came before us.

I wonder if I’m Pittsburgh in that way, too.

I was in my mid-20s before I got an autism spectrum disorder diagnosis. It came after a succession of big changes left me drained, distressed and no longer able to hide the symptoms I had so expertly learned to mask for my entire life. I was hiding the pain of making eye contact; of staying in overstimulating environments; of losing the ability to process words; of being nauseated by touching certain common textures — chalk, metal, money, newspapers — but telling no one.

All the strategies I had been using to adapt and assimilate were suddenly — or so it felt — being forcibly stripped from me. The sheer magnitude of change, and thus distress, was enough to completely topple the ability I had previously — somehow — cobbled together to appear competent and confident when it came to blending in with my peers. Years of faking it — and being good at faking it — meant that my autism diagnosis surprised most other people as well.

I began thinking about Pittsburgh — if, and how, it played a role in any of this. Does the way we, as Pittsburghers, talk about our environment trickle down to how we talk about people? Is who I am now limited by who I was perceived to be previously?

I often worry that the answer is yes, as though I used to be “unautistic,” then one day opened the door to some elusive Narnia-like portal, was diagnosed, and all of a sudden, I “became autistic.”

And I was convinced that if I did a good enough job of lowering my support needs, I would finally be able to placate the confusion and judgment I perceived coming from all the people who knew me before my diagnosis.

Growing up not knowing I was autistic felt like being untethered, my understanding of self orbiting around feeling like I was constantly falling short without any knowledge as to why.

I am still fearful of being held to the standards of the perceived existence of an “unautistic” version of me, as if I’m some long-gone landmark that people can’t bring themselves to relinquish. It is misguided, though, to think I ever existed as a non-autistic version of myself. I have always been my quirky autistic self. I stopped hiding, not because I felt ready or relieved, but because the shame was a hellish buildup of utter exhaustion and pain that I could no longer keep to myself.

In a lot of ways, I had to relearn myself. I hoped to find some kind of “paper trail” of my autism’s existence even before I was aware of it and began peppering many of my appointments after my diagnosis with questions of, “Wait, so was this (insert thing I did or said or felt) an autism thing?” My doctor said yes nearly every time.

Growing up not knowing I was autistic felt like being untethered, my understanding of self orbiting around feeling like I was constantly falling short without any knowledge as to why. I thought my inability to adapt to a world not made for my kind of brain was some kind of personal failure. Is autism like a football — something that can be caught and, unlike at Three Rivers Stadium, hopefully dropped? How much ableism is championed in the hope and expectation that this can be fixed if I try hard enough?

I have tried, though. I have tried so hard that I emotionally crashed and burned as a result. In the days and weeks leading up to my diagnosis, the crash and burn seemed to be on a nightmarish repeat every single day. As the pile of distressing things seemed to grow bigger by the moment, the threshold of what triggered me to the point of extreme shutdown rapidly shrank. I was experiencing such intense autistic shutdowns that, on multiple occasions, I completely lost all sense of where I was.

Eli Kurs-Lasky, pictured on the Andy Warhol Bridge, learned he was autistic in his mid-20s. He worries those who knew him before aren't seeing his true self. "Is who I am now limited by who I was perceived to be previously? I often worry that the answer is yes," he writes. (Photo by Lake Lewis/Pittsburgh City Paper)

I had come to assume that things were supposed to be this consistently difficult and grueling. I assumed that everyone felt like crying when noises got too loud; or spent entire conversations trying to calculate the frequency, duration and intensity of eye contact they should be making, and then were forced to spend several hours just recovering from that eye contact; or negotiated with their brain in efforts to ration their energy well enough to interact with others, eat, stay hydrated and shower all in a single day.

It took me a while to acknowledge just how much energy I was using for the simplest of tasks, how much energy I expended just to maintain some baseline appearance of composure. Without adequate support, though, keeping up this facade was difficult at best and totally impossible and harmful at worst.

I am still trying to unlearn more than two decades of misunderstanding myself and not having the language to express what I was experiencing. I am not “more autistic” now than I was then; now I have the language I didn’t have then.

I spent more than 20 years convincing myself I was just inherently bad at normal human things for no reason, except that maybe I was really lazy (a trait that has never described me, yet I am always terrified that’s how other people perceive me). It didn’t occur to me to seek out resources on my own because I truly thought everyone felt like this.

I still wonder (and worry) about how others perceive me. Do people talk about and think of me like an old house in Pittsburgh, where my current worth is dictated by my past (read: “pre-autism”) self? Was my past The Igloo — championships and all — and my present is the empty lot there now?

The same year I was diagnosed as autistic, Pittsburgh, once again, erupted in cheers as the Penguins, once again, were crowned Stanley Cup champions. As the entire city celebrated, so did I, albeit in a much quieter and smaller way. I was doing the terrifying, but celebratory, work of unlearning how to disappear.

Just like Pittsburgh, my own personal history is full of grit and hard work and superstition.

Eli Kurs-Lasky, a Pittsburgh native and devout Penguins fan, typically experiences Pittsburgh through writing and photography (self-taught). He can be reached at eli.kurslasky@gmail.com.

This essay was made possible with financial support through the Pittsburgh Media Partnership.